Types Of Pasta Popular Among The Indian Palettes

Pasta is found in more than 600 shapes and varieties across the world! Here are some of the varieties most popular in India. 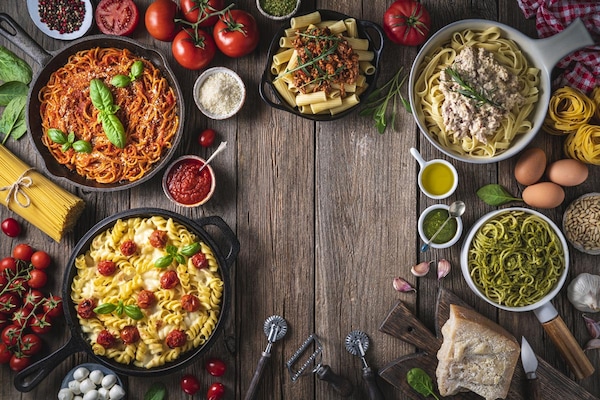 As per the International Pasta Organisation, there are more than 600 types of pasta shapes

The narratives of different types of pasta enjoy a special mention in enticing vlogs, glossy magazines, as well as traditional literature. Pasta derives its name from the pasty texture of the durum wheat dough, from which it is made.

This Italian delicacy, once a celebrated dish of the royalty, began to be devoured by one and all from 11th century. Given its long history, culinary experimentation was natural to follow.

As a result, pasta has been moulded into more than 600 shapes to date, as per the International Pasta Organisation. While some of the varieties are pulled into long strings or twirled to a spiral perfection, others are moulded in the shape of seashells and even bow ties.

Just like the shapes, pasta sauces too donned different avatars as they entered geographies with different palates.

Today, we bring to you a list of the types of pasta that caught the attention of Indians, in particular.

Do you know what farfalle means or what is the relation between macaroni and World War II ? Find below answers to these questions, get to know interesting facts about various pasta varieties and also shop for your favourite pasta. 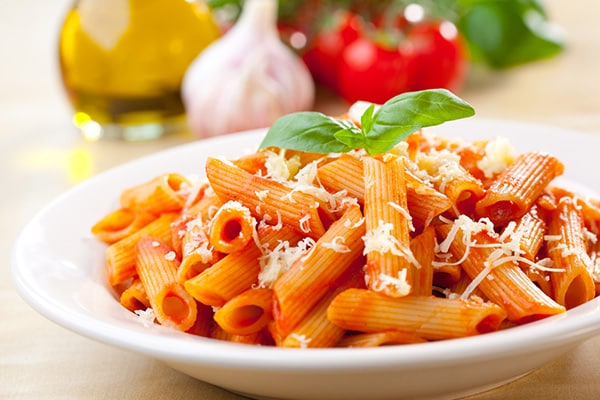 The word penne means a quill or a feather, and this is exactly what this pasta shape represents. Cut into cylindrical tubes with slanting edges, this pasta comes with a ridged texture. The ridges not only add to its exotic appearance, but also help the vegetables, meat, and sauces to cling better. These are usually enjoyed with arrabbiata sauce, which is made from tomatoes, chilli pepper, and garlic. 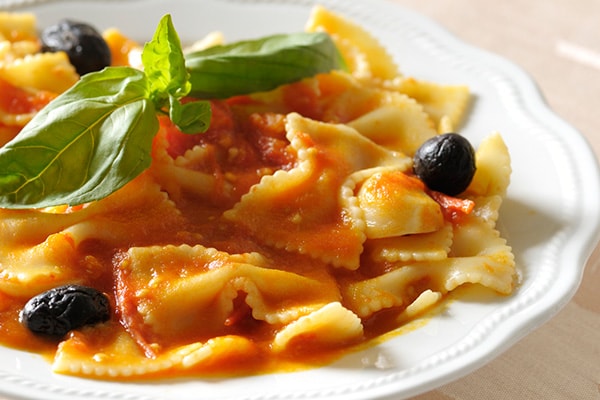 This aesthetically appealing pasta shape, resembling a bow tie or a butterfly finds its origin in the 1500s in northern Italy. In addition to the visual treat that this pasta brings, it is preferred for its versatility- it goes well with light bases (such as olive oil and butter), as well as, rich sauces such as cream, pesto, and tomato. Smaller versions of farfalle are popularly called farfalline. 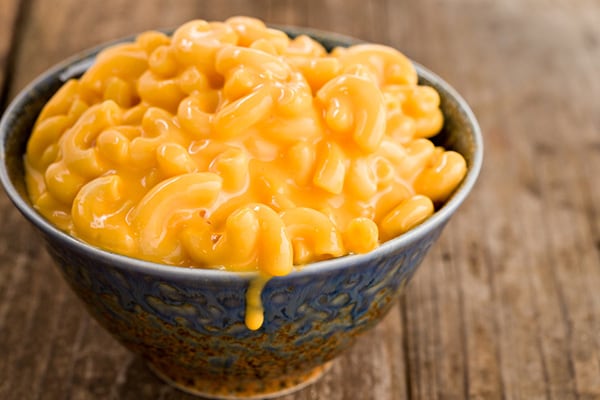 Unarguably one of the most popular pasta varieties, macaroni has experienced a complete overhaul in India as well. This adapted version of Italy's maccheroni pasta comes in different lengths, sizes and thickness, depending on the make. However, it is more or less shaped like a twisted hollow tube curled up in the shape of the letter C. It can be presented as a heavily sauced dish, as well as a refreshing salad. 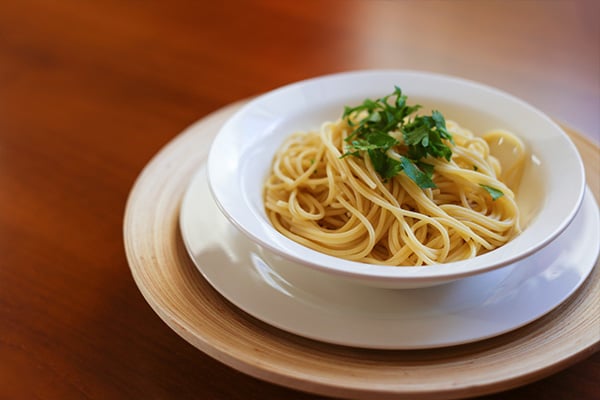 Initially, spaghetti pasta was made from a tool resembling guitar called chitarra

Spaghetti, the pasta cousin of noodles, is one of the oldest pasta shapes. As per the experts, it is one of the easiest shapes to produce on a mass level. Traditional spaghetti pasta used to run as long as 50 centimetres, and it was only in the 20th century that these were cut short. Although, it was traditionally served with lighter bases, spaghetti goes well with almost all the sauces. 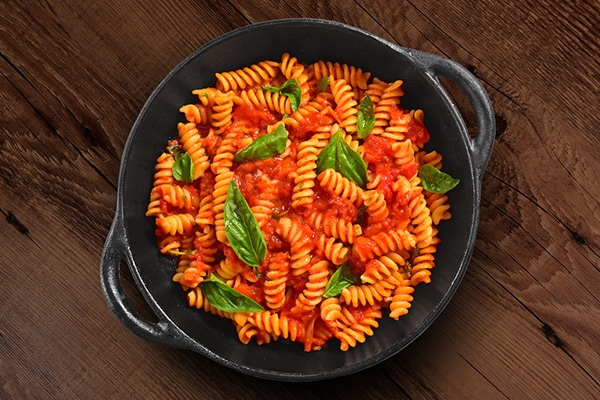 Fusilli pasta, also known as the corkscrew pasta, is another pasta shape that holds onto the coarse sauces very well. A delicacy from southern Italy, fusilli pasta was traditionally made by wrapping pasta strips, made from semolina flour, around a thin rod. It is served with thick, as well as lightly based sauces, and is also devoured in salads. Lasagna pasta can be either flat or wavy, depending upon the variety

Lasagna pasta is drawn into stacks of thin layered sheets and is enjoyed with alternate fillings of cheese, vegetables, meat, etc. One of the oldest delicacies from Italy, lasagna pasta often comes topped with heartful amounts of grated mozzarella cheese. These pasta sheets can be flat or waved. 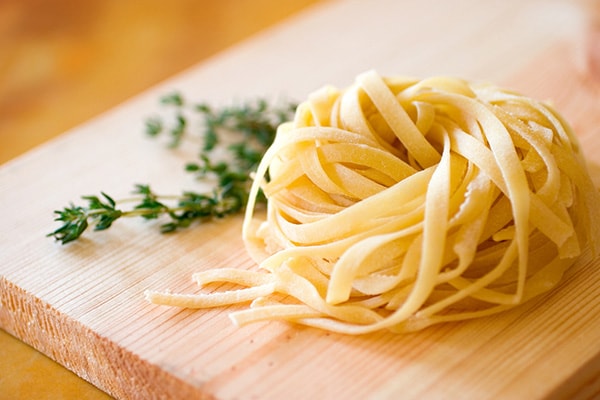 Shaped like long entwined ribbons, fettuccine pasta has one of the easiest yet fascinating shapes. It is mostly prepared from durum wheat and has a chewy texture. Although it goes well with a wide range of sauces, fettuccine pasta is mostly served al dente with a creamy, dairy-based sauce, such as the popular Fettuccine Alfredo. Often confused with the linguine pasta, fettuccine is flatter and wider than the former. 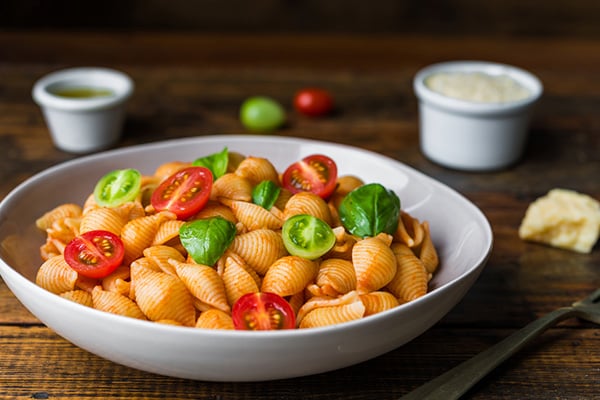 This gorgeous pasta variety comes in the shape of a seashell, rightly justifying its name. Conchiglie pasta is usually wide in the middle and tapers downs towards the side. Just like an actual seashell, if you flip this seashell pasta, an opening can be found running along the length. This variety is excellent for stuffing and is enjoyed with both lighter, as well as heavier sauces. Linguine pasta or the “little tongue” pasta is another noodle shaped pasta variety, flattened to perfection. It is usually made from durum wheat, semolina, and water. This pasta variety is slightly narrower and thinner than the fettuccine. It goes well with light bases and is mostly paired with seafood, especially clams. 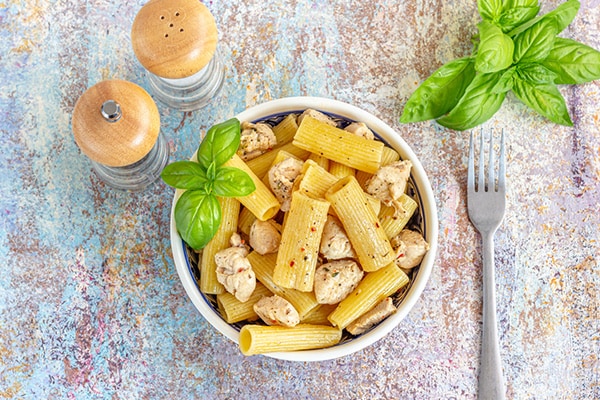 Although the outer surface of rigatoni pasta is textured, its inner surface is quite smooth

Rigatoni pasta, the distant cousin of penne, is the cylindrical variety of pasta that comes with a ridged texture. Unlike penne, rigatoni pasta doesn't have slanted edges and is generally bigger. It goes well with sauces of varied bases, including thin sauces, as well as the ones filled with meat chunks.

Types Of Pasta Popular Among The Indian Palettes