Here is a delicious read of ice cream brands popular in India. 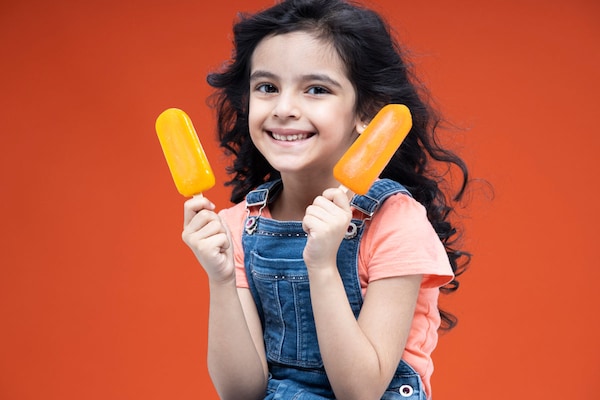 Ice creams are not just another dessert served cold, they are one of the most popular dairy products consumed all over the world. The ice cream industry is changing very fast and a majority of the old, as well as the new ice cream brands, are earning good profits in India.
The ice cream industry in India is worth Rs. 2,000 crores which make it a potentially good market for the new and small players. Below are some of the most selling Ice cream brands in India.

Without any doubt, Amul is one of the leading ice-cream brands in India with a strong network in the Indian market. The company is managed and marketed by Indian dairy co-operative and Gujarat dairy co-operative milk marketing federation limited. It offers a wide range of selections in ice cream and is known for making its ice creams with fresh milk. The company is known for its unique flavoured ice creams and one can find bricks, cups and even cones of Amul's tasty ice cream at any outlet or store.

A well-known brand in the Ice cream industry Kwality Walls was formed as a Joint Venture of British Walls and Kwality, and is marketed as Kwality Walls across India. Its flavours are enjoyed by all the age groups alike and offer an added flavour of nostalgia. Some of the most popular ones are Cornetto, Cassata and Sandwich. It also recently launched a new flavour under the brand "Magnum".

Mother Dairy comes under the Indian government and is owned by NDDB (National Dairy Development Board). It offers an exquisite range of flavours at affordable prices and assures high dairy quality. It is also popular for on-site factory visits where you can witness the magic land of ice-creams!

Although the brand was established even before partition, it shot to fame recently after being taken up as a full-fledged business model. Its menu starts from a dirt-cheap price of Rs 5 and goes on to the exclusive list of delicious ice-cream cakes. You can catch its flavours both online and on road-side kiosks.

Started by Mr Vadilal Gandhi, the company started as Vadilal Soda Foundation in the year 1926 at Ahmedabad soon transformed into a dairy giant Vadilal. In its initial days of formation and operations, Mr Gandhi himself used to make ice creams with traditional methods mainly by a method named ‘Kothi'. He also used to offer home delivery services in the days when no proper logistics systems were available in the market. Soon after his death, the company became famous for its original yet innovative flavours and evolved as one of the biggest ice cream brands in India.

Creambell was established in 2003 in collaboration with  Candia, a French dairy major. This company hold approximately more than 15% of India's ice cream industry market share. Currently, Cream bell provides in India 19 states in the top 40 cities. The brand has won a gamut of awards for its quality, taste and flavours.

As the name suggests, Naturals is an Indian brand popular for its brands for fresh and natural ice-creams. It was founded in Mumbai in 2020 more than three decades ago. It goes by the time "Taste the original" and offers many unique flavours, particularly fruity. Some of the popular flavours include coconut, sitaphal, litchi, chickoo, fig, and custard apple.

Catch some of these ice-creams below-