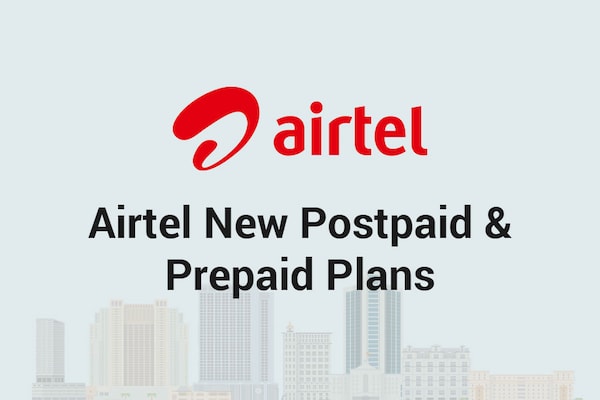 Airtel recharge plans starts from Rs.99 and be it prepaid user or a postpaid user, Airtel has got your back and has come up with variety of lucrative recharge plans from which you can pick the suitable one that meet all your requirements. The new Airtel recharge plans will come into effect from 26th November 2021 onwards. The recent announcement was made keeping in mind to recover huge losses that the telecom companies have been making over the past few years.

Checkout the latest and new Airtel prepaid recharge plans below.

If you have been wondering as to what Airtel prepaif plans are currently offering tons of benefits, then you can have a glimpse of the latest Airtel prepaid recharge plans below.

The Airtel recharge plan of Rs. 179 offers the users 28 days of validity along with 2GB internet data along with 100 SMS and unlimited on-net voice calls.

With the announcement of Airtel plans in 2021, the users would be entitled to 1.5GB per day data, along with 100 SMS and unlimited voice calls on getting their numbers recharged with Rs. 249.

The Airtel plans of Rs. 298 offers the users 2GB data per day along with 100 SMS and unlimited voice calls.

Before you buy the Rs. 719 Airtel prepaid recharge plan, you must know that with the announcement of Airtel plans now you will be entitled to 1.5 GB data per day and unlimited voice calls for 84 days.

If all this while you have plans to get your number recharged with Rs. 839 Airtel prepaid recharge plan then here is all the benefits that you will be entitled to. Airtel users can get2 GB data per day and unlimited voice calls for a period of 84 days.

The Airtel plans for Rs. 2,999 is valid for a period of one year, where the users will get 2 GB per day data and unlimited on-net voice calls.

Keeping in mind the increasing tariff rates the online wallets have announced a bit of relief for the Airtel users. Airtel users can now enjoy exciting cashback offers on their online recharge of Airtel plans. Here are some major offers.

Q. What is Airtel Unlimited Plan?

A. The Airtel plans that offer unlimited calling and data comes for Rs. 399, under this Airtel plans the users can enjoy unlimited local and STD calls, free and unlimitedroaming incoming and outgoing calls, 100SMS a day and 1GB data per day.

Q. What are the plans of Airtel?

A. Airtel has various plans for its users. Airtel tariffs are designed keeping in mind the various requirements of the customers. Airtel plans starts from Rs. 99 and goes until Rs. 2398.

Q. Which tariff plan is best on Airtel?

A. This is a tricky question. The best tariff might completely depend upon your need. Some tariffs offer more validity while some Airtel plans offer more data and unlimited calling. So you can have a look at the latest tariff and decide which would best suit your needs.

Q. What is lifetime validity in Airtel prepaid?

A. Airtel Rs. 2398 prepaid plan comes with 1.4GB daily data, 365 days validity. The plan will get renewed after every one year.

A. Airtel has a number of data plans for 4G users. The customers, depending upon their usage can choose from an array of Airtel plans available.

How to Check Airtel Balance