MSD, aka Dhoni is always in news for his awards, records and achievements. We have a complete list of MS Dhoni achievements listed here for his fans! Dhoni received the popular Padma Bhushan award on the seventh anniversary of the famous World Cup.

Mahendra Singh Dhoni or MS Dhoni popularly called as Mahi, has been one the coolest cricket captains Indian has ever had. Also known to be a great finisher in all the formats of the game, MS Dhoni has proved himself precious for the team time and again, and this time Dhoni has made it really large. He is now all set to prove his worth not only for the Indian Cricket Team but for the entire nation. Another addition to the MS Dhoni achievements is when he announced to undergo training with the jawans and live like them on the borders of Kashmir. No matter what the critics say he has always showcased a class when he is on-field. Dhoni's achievements are not hidden from the world and here we will be throwing some more light on the list of his records, awards and his best achievements, which undoubtedly makes him the one of the best cricketers, and we the proud Indians. Here we will be telling you about Dhoni's career records and MS Dhoni achievements that he has received so far. Dhoni already has a number of records and achievements to his name and is known to be one of the most successful Indian skipper till date. He is strongly being followed by the present Indian skipper Virat Kohli, who is a bit aggressive on field but maintains his cool very easily. So have a look at MS Dhoni's cricketing records, awards and achievements.

Former Indian cricket team captain MS Dhoni who is also a Lieutenant colonel (Honorary) in the Territorial Army unit of the Parachute Regiment has now started of training with the jawans on the border. Soon he will be seen stationed in the Kashmir Valley as part of Victor Force, from July 31 to August 15, 2019. Dhoni has taken a 2 months off from cricket to serve his unit on the border. He will be taking charge of patrolling duties, along with guard and post duty. He will also be staying along with the troops and will be undergoing training like the other jawans of the force.

Think and Win like Dhoni
₹ 199
Buy on Amazon 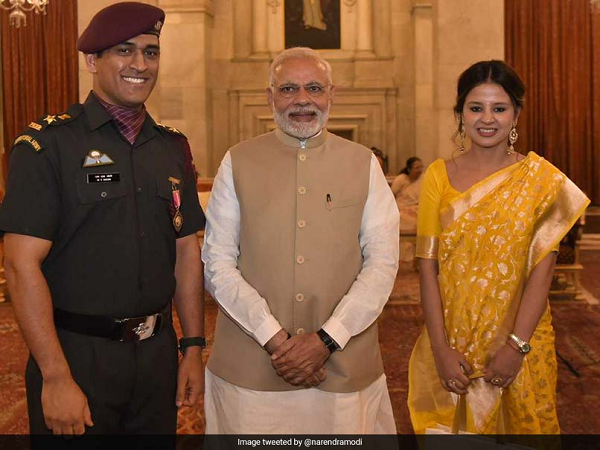 Cricket is a very uncertain game, loads of training and perseverance has made MS Dhoni one of the top cricketers of the world. MS Dhoni hold many world records we will here take a look at some of his World class achievements:

Dhoni has been the recipient of many awards and achievements check them out below:

MS Dhoni must have given up his captaincy but his list of awards and records are still reaching heights with each passing day. From Dhoni's unforgettable captaincy records and mind-blowing stellar knocks there are many things that make us look upon him in each game.

For the latest deals and offers, follow Hotdeals 360 on Facebook, Twitter
The HotDeals360 team writes about stuff we think you'll like. HotDeals360 has affiliate partnerships, so we get a share of the revenue from your purchase.
Topic
MS Dhoni dhoni dhoni's records

Having an intense love for everything smart, Kanishka is an enthusiastic writer. A keen reader who is mostly found reading a book, but not a bookaholic she writes best on gadgets and technology. Apart from it she is an avid traveler and likes to pen down her travel experiences. However she hasn’t ever restricted her writings and can write possibly on anything under the sun. When not absorbed in the latest gripping page-turner, Kanishka loves cooking and eating and otherwise spends far too much time at the computer.