Find Road Safety World Series 2022 schedule, format, teams list and where to watch details in the below story. Also find the ticket price so that you can book tickets online and watch your favourite player play. 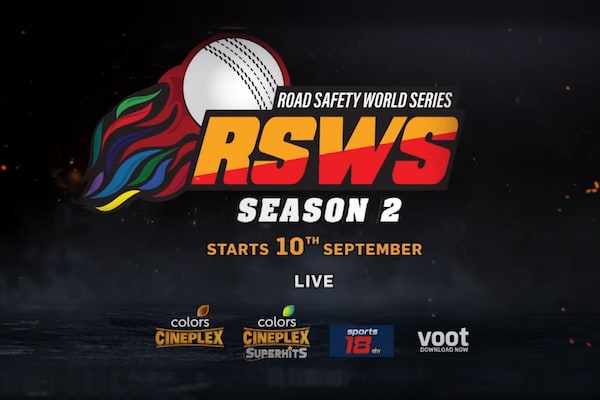 The second season of Road Safety World Series 2022 is going to kick start from September 10 2022 and shall run until 21-days. The first clash will be between India Legends and South Africa Legends at Kanpur's Greenpark Stadium.

From India Legends, Sachin Tendulkar's and from South Africa Legends Jonty Rhodes will square off to initiate the first leg of this Road Safety World Series 21-day long League. The organisers of the Road Safety World Series have decided to offer free tickets to the students for the entire Kanpur leg. The reason why organisers chose Kanpur (Uttar Pradesh) as the first venue is because the city has the highest number of deaths caused due to road accidents.

Take a look at the road safety world series 2022 schedule below and book tickets for the matches in advance.

1. The minimum ticket price price of for Road Safety World Series 2022 in the starting rang is   Rs.150.

2. The ticket prices for the Indian Legends matchday is relatively higher and starts from Rs 300.

3. The ticket prices largely depend on the positioning of the seats you pick, for the finest view from the stands. The most expensive seat costs around Rs 2500.

4. One person can book only a maximum of 10 tickets from one device.

You can book Road Safety World Series 2022 tickets online on BookMyShow.com. Students willing to watch the game must carry their school or college identity cards and they can collect the tickets from the media centre at the venue (Kanpur).

Where to watch the Road Safety World Series 2022 matches

The Road Safety World Series 2022 Season 2 will feature eight teams. One team will play five matches but India will not play with Sri Lanka and Australia Legends. This 21-day long League will have four rest days in between the matches. Top four teams will qualify for the semifinals, and on the knockout basis two best teams will clash each other in the final to win the trophy.