Where you striving hard to buy cheap 16GB memory cards? Stop all your searches! Below we've curated a list of best 16GB memory cards at lowest price that shall resolve all your data storage problems. Buy from the Top Brands like Sandisk, Sony, Samsung, Kingston and others.
Updated: Dec 26, 2018 14:40 IST 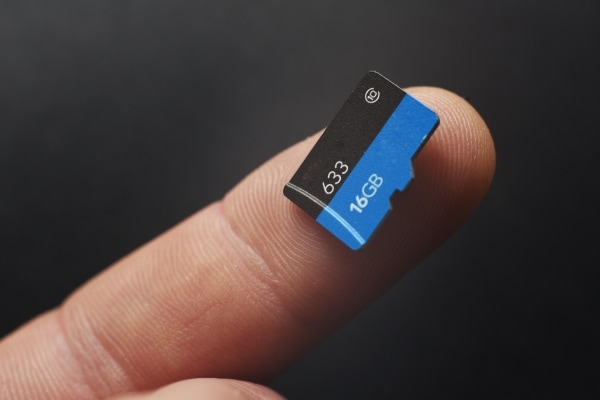 With more and more gadgets coming up and developing each day, the volume of information is also increasing. However, along with this the information that we need and process everyday has also grown manifold times. Since our phone stores a hell lot of things due to which the inbuilt memory of the phone falls short. Most of the times, our phone's free space runs short before we notice it. However, less storage space does not mean your device has become useless or it needs to be replaced. The memory of your gadget can easily be extended with the help of a memory card that comes in various capacities 8GB, 32GB, 64GB and so on.

Built to perform in harsh conditions, SanDisk Ultra microSD cards are waterproof, temperature proof, shockproof, and X-ray proof. The SanDisk Ultra has the ability to transfer data at 98MB/s.

Amongst the best 16GB memory cards is the Sony 16GB memory card that allows 70MB of data transfer per second. The hi-speed transfer saves a lot on your time. The card simply needs to be inserted into any device like a smartphone, or a tablet and the storage will automatically begin.

Most of the time we assume that all the memory cards are created equal, however this in not the actual case. Memory cards come in various variations that are compatible with almost all smartphones. Kingston is a solid choice with its large file transfer speeds being at the top of its class.

Strontium Nitro is the perfect geeky technical partner for your smartphones. With 65MBPS of data transfer speed and 10MBPS of data writing speed as well, the strontium certainly deserves a place amongst the best 16GB memory card at lowest price. The card can save up to 6552 Photos in JPEG format, up to 4000 hours of music storage in MP3 and up to 88 hours of video storage.