16GB Pendrive combo offers are going like hot cakes. Have you not bought yours yet? Get yourself a 16GB Pen Drive and get Memory cards, Another Pen drive Free. These Combo offers are available on brands like - Sandisk, Sony, Printland, HP and other best selling brands.
Updated: Nov 29, 2018 16:59 IST 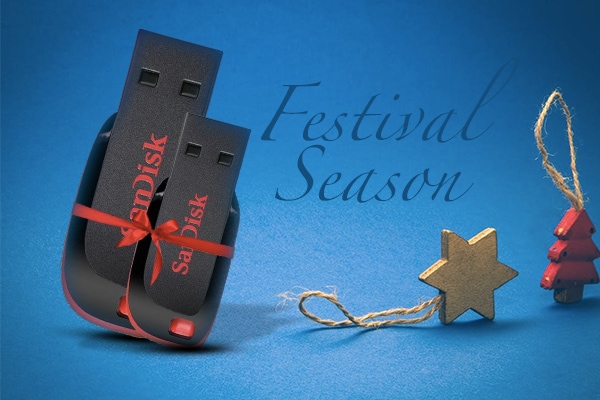 The History of Pen Drives

The history of pen drives dates back to the millennium year, the year 2000 when it became clear that the traditional storage devices like CD's were no longer good for the job. Thus people felt the need to transfer data within seconds and carrying CD's along all the time was not possible then companies like SanDisk, Lexar etc began to look out for solution and in 2000 a company named Trek came up with the first ever USB Pen Drive.

In less than a decade pen drives evolved from an option to a necessity, all the tech savvy people find it really comfortable to have a small device that can contain almost all your data and allows you to transfer these data to any other device within just few seconds. To add on to this these pen drives are really cheap devices when compared to their usefulness. The 16GB pen drives combo offers give the users an additional opportunity. These have rapidly encouraged the makers to increase the storage capacity. Earlier pen drives came with only 8GB storage space which has now expanded up to 128GB.

With mobile phones becoming an indispensible part of our lives the OTG technology develops recently has taken the success of pen drives to new heights. Unlike the traditional pen drives the best OTG pen drives are capable of transferring data directly from mobile phones.