Android Games 2018 : Take a look at the shortlisted best Android games 2018 which you need to try ASAP in order to kill your boredom. These Android games are such a craze and if you have not got your hands on them yet let us warn your of some addiction here!
Updated: Aug 21, 2018 11:17 IST 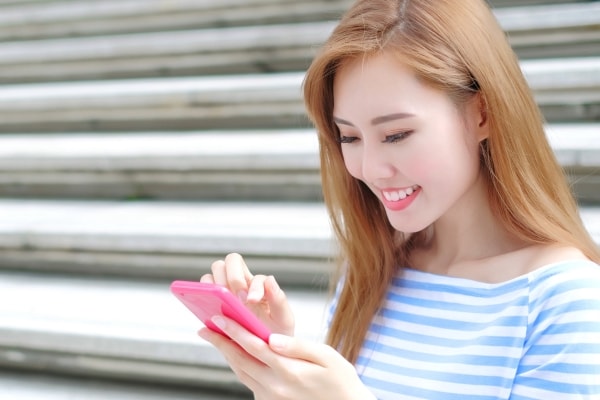 Starting from action games to adventure to puzzle games to titles that the entire family will enjoy, Here's our collection of the best games available for Android offers something for every kind of gamer. If you're new to Android and need some fresh, new Android games to start building out your Google Play library or simply looking for the latest trendy Android games that are worthy of your time and attention, then you've landed at the right place. Here we've sorted the best Android games you can download today from Google Play Store, enjoy every now and then, instead going clueless. Take a look.

Also see recommended our list of The Best iPhone Games

Best Android Games in July 2018 You Must Try Right Away

If you're familiar with the console or PC version in which 100 players fight it out battle royale-style to see who's the last one standing, PUBG Mobile delivers more of the same on your Android Phone or tablet. Smartly, the mobile version adapts its controls and game mechanics such as looting to make them friendlier for touchscreen devices.
Click here to download the Android game.

Feel the rush of playing in real-time as you race to get the right answers in under 10 seconds. 10 fun questions thrown at you one after the other - one wrong answer and you're eliminated! Unless you have an extra life. Download the app and tune in it at 10 pm sharp to compete in a live quiz with thousands of other players as our host takes you through the show.
Click here to download the Android game.

If you've never played a game from "The Room" series before, just get ready for one of the more engrossing games you'll ever play on a mobile phone. The graphics and audio come together to create a wonderfully creepy vibe as you carefully inspect intricate objects and unlock secrets to help you on your journey.
Click here to download the Android game.

An epic blockbuster action-RPG featuring Super Heroes and Villains from the Marvel Universe. The Avengers, Guardians of the Galaxy, Inhumans, Defenders, X-Men, Spider-Man, and more. Over 100 characters from the Marvel Universe are available to play. Recruit your favorite characters, complete missions, and compete with other players to be the greatest hero and save your world.
Click here to download the Android game.

Buy from the list of The Best Android Phones Now!

Enter the Arena! From the creators of Clash of Clans comes a real-time multiplayer game starring the Royales, your favorite Clash characters and much, much more. Collect and upgrade dozens of cards featuring the Clash of Clans troops, spells, and defenses you know and love, as well as the Royales: Princes, Knights, Baby Dragons and more. Knock the enemy King and Princesses from their towers to defeat your opponents and win Trophies, Crowns, and glory in the Arena. Form a Clan to share cards and build your very own battle community.
Click here to download the Android game.

FEEL THE STADIUM COME ALIVE with high-quality graphics, professional commentary and a team that you create with your friends.
Have no doubt about the skills of your players. They are armed with a wide range of cricket shots like nowhere else. Watch your massive sixes fly out in Slow-mo... feel the glory of the moment! Was that a terrific wicket? Check it out in Action Replay. Play tournaments for unlimited fun, Win matches and go up the leaderboard to meet a lot of champions like you!
Click here to download the Android game.

Ludo game has stayed popular throughout the ages, varying only a little in its game structure. This persevering game is now available for you to play in an all-new modernized format, i.e. as a video game application. Whoever gets all four tokens to the end first is the winner. However, each move can only be made based on the number decided by casting a six-sided die, and each token can only move out of their home by casting a six. Additionally, the competition factor of the games is upped by the fact that while moving if another player's token lands on the same square as your token, then your token will automatically be sent back home and you'll need to roll a six again.
Click here to download the Android game.

Claim the crown as king of the underground as you race for dominance in the first white-knuckle edition of Need for Speed made just for mobile – from the game developer that brought you Real Racing 3. Build the ride that shows your style with an unbelievable range of cars and customizations. Launch yourself between chaos and control as you hit the pedal and roll into underground street racing. Takedown the competition, up your rep, then kick into more races, more customizations, and more cars. Make your choices and never look back.
Click here to download the Android game.

Explore never-before-seen rooms of Hogwarts Castle and investigate ancient mysteries. Learn powerful magic and knowledge from Professors Dumbledore, Snape, and more. Duel against your rivals and forge alliances with new friends to help you on your adventures. As part of WBIE's Portkey Games label, this groundbreaking mobile game puts you at the center of an all-new story in the wizarding world.
Click here to download the Android game.

Build a Dragon City on floating Islands and fill it with farms, habitats, buildings… and dragons! Collect and train your cute babies and evolve them into impressive beasts that will defend you in the PvP Arenas!
Join forces with other Dragon Masters in Alliances, interact in the chat and obtain rewards from the Alliance Chest. Combine dragons of Fire, Nature, War, Legend and lots of other elements to hatch rare hybrids and expand your collection.
Click here to download the Android game.

Shop the Best Android Mobile Phones Below For the Finest Gaming Experience:

Below we've shortlisted some best Android smartphones that you shop online right away, take a look!

Shop for the best Android mobile phone that has the latest Android version to enjoy the best of Android games on to your smartphones in order to kill your boredom.