Best Games for PS4 2019 : If you are looking for action, adventure, thrill and some fun then these best PS4 games have to be in your list. Shop for these bests elling PS4 games using the best deals and offers from HotDeals 360.
Updated: Jan 02, 2019 12:58 IST 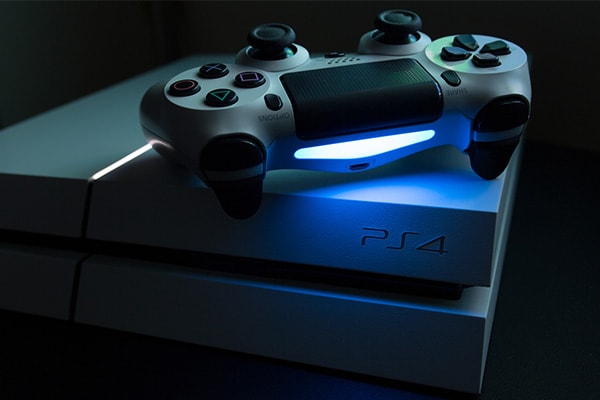 It feels like just yesterday when the PS4 was launched even though it has been 4 years. It is one of the major platforms for professional gamers and also who like to play video games in their leisure time. Finding games can be a difficult task for some as there are so many genres to choose from such as action games, adventure games, platform games, fantasy, etc. Whether or not you have had the console or planning to buy it? Luckily, we are here to help you choose the best games available and so here are the best trending games for PS4 in 2019.

Far cry 5 is developed by Ubisoft and is the continuation of the famous Far cry series. Far cry 5 is an action-adventure game set in the fictional location of Hope County, Montana, USA, the plot follows an unknown Sheriff's deputy as they attempt to gain control of the region back from the hazardous craze that has taken over this part of rural America.

FIFA 18 is football simulation game and is one of the most popular of the lot. FIFA 18 is developed and published by Electronic Arts. The game features 52 fully licensed stadiums from 12 countries, including new stadium, plus 30 generic fields' equals to a total of 82.

Watch Dogs 2 is an action-adventure video game developed by Ubisoft Montreal and published by Ubisoft. It is the sequel to 2014's Watch Dogs and was released worldwide for PlayStation 4, Xbox One and Microsoft Windows. The sequel travels the series to San Francisco, and places you in the character of a new hacker, the attractive and capable Marcus Holloway.

FORTNITE is one of the most popular video games currently being played worldwide. Fortnite is a fantastic co-op sandbox survival game developed by Epic Games and People Can Fly. Here, gamers take on up to 100 other players by themselves, with a partner, or as part of a four-player squad to see who succeeds to survive the longest against enemies on an ever-shrinking map.

God of War is an action-adventure video game developed by Santa Monica Studio and published by Sony Interactive Entertainment. Kratos moves on to the frigid lands of Scandinavia, where he and his son must embark on an odyssey across a dangerous world of gods and monsters.

Grand Theft Auto V is an action-adventure video game developed by Rockstar North and published by Rockstar Games. GTA V is the story of 3 exclusively different criminals as they commit courageous and profitable heists across the city of Los Santos.

Uncharted 4: A Thief's End is an action-adventure game developed by Naughty Dog and published by Sony Computer Entertainment. Uncharted 4 takes players on a voyage around the globe, through jungle islands, cities and snow-capped peaks on the search for Avery's fortune.

Pro Evolution Soccer 2018 is a sports video game developed and published by Konami. PES 2018 is not very different from its predecessor but is undoubtedly an improvement. This year's effort shapes on the excellent foundation of the previous game, combining its gains and focusing on further satisfying its main audience.

WWE 2K18 is a professional wrestling video game developed in collaboration between Yuke's and Visual Concepts, and published by 2K Sports. A new graphics engine makes the same primarily solid wrestling action look radically better, and the already massive roster is bigger than ever before with 174 playable wrestlers default.

Horizon Zero Dawn is an action role-playing video game developed by Guerrilla Games and published by Sony Interactive Entertainment. The game features an open world setting for Aloy to discover, while completing side and main story quests. The idea explores the distinction between the beauty and danger of the game.