Best Graphics Game in India: You Will Be Playing on PC

Best Graphics Game in India : Get your hands on these best Graphic Games online at best prices ever. The best and most popular Grahic games in India and deals and offers on these Best Games online.
Updated: Aug 20, 2018 17:31 IST 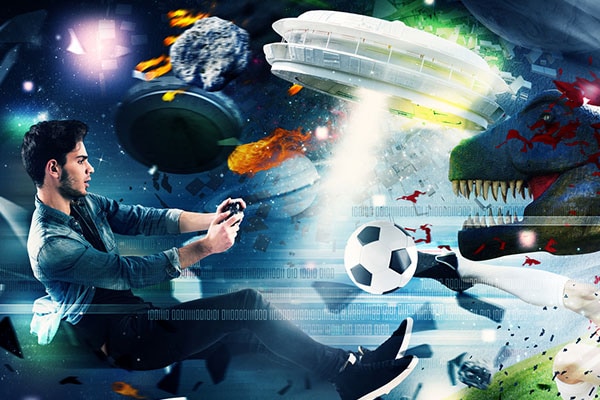 With the advent of new graphics card technology, PC games have evolved over a period of time and now have better graphics and gameplay. These intense graphic games will be a candy to your eyes while playing. The graphics performance has seen a bump over the last few years. Graphics are a major element of all these games and they help to make the overall gaming experience better. Graphic games give you and enriching gaming experience. Many of the latest mobiles with 6GB RAM allows you to play even complex graphic games with ease and without hanging.  Mobiles that support graphic games not only enables you to play games but are also loaded with a wide range of features. So, all the gamers, this article is especially for you. We have prepared a list of best graphics game in India.

Have a look at all these thrilling games and decide for yourself.

Company of Heroes is a great game especially because of its gameplay. It is one of the best graphics game in India. It is a real-time strategy video game. The graphics, the style and the format of the game is what sets it apart from others.

Company of Heroes 2(Code in the Box - for PC)

FIFA 14 is a sports simulation video game made in the year 2013. It is one of the most popular and best graphics game in India. This game feel very alive and realistic because of its excellent graphics. The players in the game have human-like reactions and move with the ability to move fast like world class athlete. It delivers the most authentic football match experience ever as it even has 3D audience to cheer when a player makes a goal. This game is the best graphics game in India as all the football lovers will actually enjoy playing this.

Call of Duty: Advanced warfare is a first person shooter video game available on Xbox One, PS4, PC, Xbox 360 and PS3. The visuals and graphics of this video game is simply brilliant. Each character in the game looks very real and detailed.

Grand Theft Auto V is one of the best graphics games in India. It is a quite popular game for its stunning visuals and graphics. It is an action-adventure video game. The graphics of the game are very realistic. Each scene of the game has been extensively worked upon to make it look real and get the 3D effect right.

Saints Row: Gat Out of Hell

This is a 2015 open world adventure-action video game and is available on various platforms like PlayStation 4, Xbox 360, PlayStation 3, Xbox One, Microsoft Windows and Linux. It has a high voltage software bringing more innovations and creativity.

Saints Row: Gat Out of Hell

Dying light is a new first person, zombie slaying, action video game. It is one of the best graphics game in India. It has both single and multi-players mode. The whole environment of the game is very real and looks exactly how post zombie apocalypse look like. All the weapons and characters are beautifully created which will make the players believe in the reality of it.

Gone home is an action packed role playing video game and is also quite popular and one of the best graphic game in India. This video game has amazing sound effects along with the visuals. This game has realism, thematic complexity and vivid graphics which makes it so unique and creative. It has a fantasy world which has some amazing graphics and visuals.

This is one of most amazing and best graphics game in India. Battlefield hardline is a first person shooter game which was released in 2015 for Microsoft Windows, PlayStation 3, PlayStation 4, Xbox 360 and Xbox One. It is a mix shooting and car racing game. Graphics are excellent in both single and multi-player. The game is very engaging and look attractive through all the visuals.

Batman: Arkham Origins is a 2013 action and adventure video game. This video game is well-made with high production value and unbeatable graphics.  It also has some excellent voice-overs and sound effects throughout the game. It has a nice story line and graphics look quite realistic and innovative.

Bio shock is a first person shooter video game released in the year 2013. All the visuals and graphics of this game are bright and majestic. The textures, lighting, and colours are quite appealing to the eye. It has a strong visual design and stunning sound effects. It is available on PlayStation 3, Xbox 360, Microsoft Windows, Macintosh operating systems and Linux.

So, these were all of the best graphics game in India. Tell us in the comments below which one of these have you previously played and which one do you plan to buy next?

For the latest deals, offers and news, follow HotDeals360 on Facebook, Twitter, Instagram, Google News and subscribe to our YouTube channel.
The HotDeals360 team writes about stuff we think you'll like. HotDeals360 has affiliate partnerships, so we get a share of the revenue from your purchase.
Topic
Best Graphics Game in India top 10 games in india best pc games best laptop games best pc games of all time best pc games free download
More From Gaming Consoles
Advertisement
Follow Us
Fear of Missing Out Best Deals?
Subscribe to our newsletter. Now!
Recommended
Trending
Latest
Quick Links
Trending
Latest