Best Samsung Phones Under 20000 in India 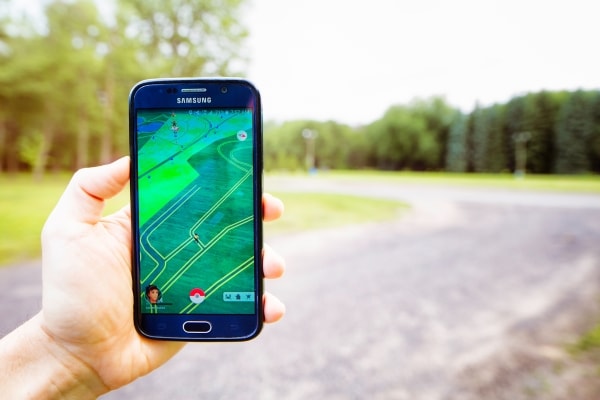 Best Samsung Phones Under 20000 in India

Be it keypad mobiles are smartphones, Samsung has emerged as the most popular smartphone brands. But finding the best Samsung smartphone under 20000 can be quite a task. Samsung is one of the most popular brands in the Indian smartphone market. Samsung is one of those brands people trust and want to invest their money in. Samsung has a varied range of mobile phones in each segment and is known for its battery, storage and camera. This Korean company is famous for making affordable smartphones without compromising on its features and performance. It has become a household name in the country which is quite reliable. It caters to user needs in almost all the price range and thats the reason why buyers always look forward to the upcoming smartphones so as to upgrade with the latest Samsung mobile phone.

Samsung's latest phone Samsung Galaxy J7 Pro is a dual sim, fast processing phone which comes with 3 GB RAM and an internal memory of 64 GB which is expandable up to 128 GB. This Samsung mobile phone under 20000 is equipped with Android v7.0 Nougat Operating System and 16.7 GHz Exynos 77870 Octa core processor. Its 5.5 inch full HD screen is great and vibrant.  It has a 13 MP front and rear camera which lets you take brilliant clicks even in low-light conditions. With a battery of 3600 mAh, it's sure to last for a long time.

Samsung Galaxy J7 Duo is one of the best Samsung mobile phone under 20000 price range. It has 5.5 inch super AMOLED screen with Android 8.0 Oreo OS with 1.6GHz Exynos 7884 Octa Core Processor. With 4 GB RAM and 32 GB ROM, you will never run out of space. It has a dual camera at the back (13MP+5MP) and 8 MP front camera. With live focus you can make the background blur even before or after clicking pictures. It also has dual sim and 3000 mAh battery, which is quite great to ease down your tasks.

Samsung galaxy J7 Nxt is a great option when looking for Samsung mobile phones under 20000 price range. It runs on Android 7.0.operating system. It has a 3 GB RAM and its Octa Core processor ensures a fast browsing. It also has a 13 MP rear and 5 MP front camera. It has an internal storage of 32 GB with is expandable up to 256 GB.

Samsung Galaxy A5 has 13 MP Primary camera and 5 MP front camera. It has 5.2 inch Super AMOLED screen for better resolution and captivate touchscreen. It has android OS with 1.6 GHz Octa processor and 2 GB RAM and 16 GB ROM (expandable up to 128 GB). It has a metal design which looks quite sleek, classy and stylish.

Samsung Galaxy On7 Prime features a 5.5 inch display which is bright and vibrant. The phone has a fast processor and 3 GB RAM for smooth browsing and surfing. It is one of the best Samsung phone under 20000 budget. All the seflie lovers out there, this is the phone you should be looking at. With 13 MP back and 13 MP front camera, this phone captures your moments beautifully.

Samsung galaxy on Nxt comes with 5.5 inch display and is powered 1.6 GHz Octa core Exynos 7870 processor. This smartphone comes with 3 GB RAM and 16 GB ROM which expandable up to 256 GB. It has a rear camera of 13 MP and an 8 MP front camera.  This phone runs on Android 6.0 Marshmallow with 3,300 mAh battery.

This Samsung smartphone under 2000 was launched in the year 2017 and comes with a display of 5.7 inch. The smartphone has Mediatek octa core 1.69 GHz processor and runs on 4GB RAM. The internal memory is of 32 GB and it is expandable up to 256 GB. It has a 13 MP rear and 13 MP front camera. It also has a strong long-lasting battery of 3300 mAh.

Samsung Galaxy J5 Prime has a 5 inch screen and is surely among the best Samsung smartphone under 20000. It is powered by a Quad core processor along with 2 GB RAM and 16 GB internal memory which is expandable up to 256 GB. It runs on Android Marshmallow 6.0.1 and has a 13 MP rear camera and 5 MP front camera.

The Samsung Galaxy On8 smartphone has a 5.5 inch full HD screen and is powered by android v6.0 Marshmallow OS with 1.6GHz Exynos 7580 octa core processor. It has 3 GB RAM and 16 GB ROM (expandable up to 128 GB). This Samsung smartphone under 20000 has dual sim with a strong battery life of 3300 mAh battery and 13 MP primary camera and 5 MP front facing camera.

The Samsung Galaxy J7 Prime 2 is one of the best Samsung smartphone under 20000. It has a 13 MP primary camera with auto focus and rear flash while a 13 MP camera is given in the front. It runs on Android v7.1 Nougat operating system with 1.6GHz Exynos 7870 octa core processor. It has a 3 GB RAM and the internal storage is of 32 GB which can be expanded up to 256 GB.

So, these were all the Samsung phones under 20000 budget. Tell us in the comment section below which one of them you are planning to buy.