Scientific Calculators: The Advanced Instruments For Calculations Beyond Simple Arithmetic 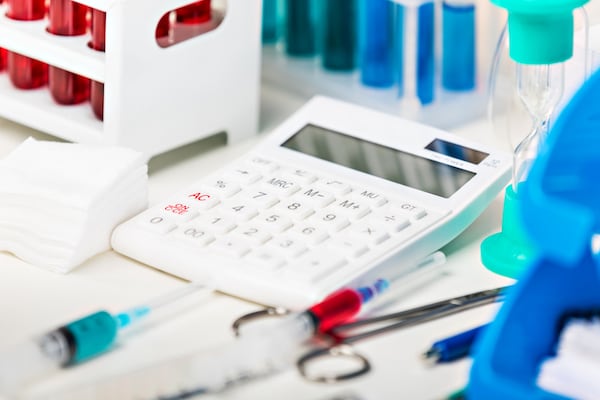 Scientific calculators are the much-advanced avatars of the basic ones for simple arithmetic operations and are specialised in solving the challenging problems for trigonometry, logarithm and even probability. Given the preciseness of the results, these are used not only by students but also professionals including engineers, medical professionals and scientists. Find some of the finest in the market here.

One of the most advanced scientific calculators in the non-programmable category, this calculator puts on the platter more than 552 functions including integration, differentiation, polynomial simultaneous equation solver, matrix, vector calculation etc. Its natural textbook display gives a similar view of the algebraic functions as in the textbooks. Additionally, you can see the graphical representation of the equations in your smartphone, thanks to the inbuilt QR code feature.

Get your complex problems solved quickly with this scientific calculator that offers as many as 240 functions. You can easily store any number in the functionality of your choice. It comes with a two-line display and can display up to ten digits on the screen at once. Quite easy to operate, this calculator is powered by cells.

This scientific calculator comes with a bunch of features including automatic simplification of fractions, random number/integer generation, and conversion of angles from degrees to radians and grads. It can store as many as eight pending operations up to 23 levels of parenthesis. It also includes a teacher's guide in English as well as Spanish.

The advanced calculator brings to the table approximately 240 functionalities including fraction computing and conversion, statistical computing function, and equation compilation. The large LCD display and slide-on hardcover are added features. The calculator can display up to 10+2 digits and has a two-line display.

This scientific calculator, with more than 240 functionalities, comes particularly handy for students; though it can be used by professionals as well. Some of the functions allow working with quadratic and cubic equations, coordinate conversion, trigonometric functions and factorials among other scientific functions. The hard case of this calculator acts as a protective shell and protects it from damage.

Scientific Calculators: The Advanced Instruments For Calculations Beyond Simple Arithmetic