Famous Shiva Temples In India : 12 Jyotirlingas of India you must visit for a spiritual and devotional representation of Lord Shiva. Make your bookings at awesome prices!
Updated: May 09, 2019 17:17 IST 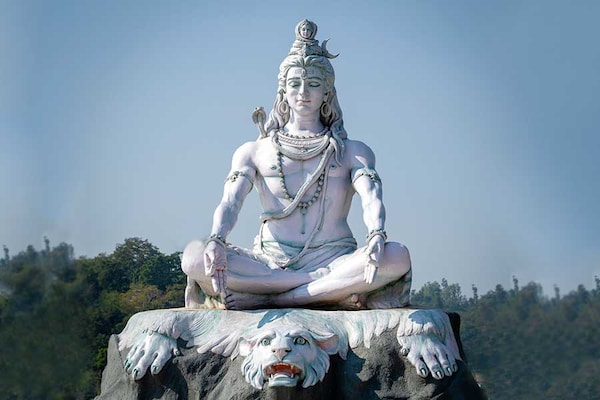 Shiva. The supreme giver of joy, The one who wields the triden. The God of all the Gods. A Jyotirlinga is a shrine where Lord Shiva is worshipped in the form of Jyotirlingam. India today has 12 Jyotirlingas situated in all directions of the country. It's a place of worship for people with no barriers to caste or race. The temples provide shrine to a lot of people. There are various belief and theories relating to the Jyotirlingas in the books. There are 64 Jyotirlingas in original but only 12 were considered  highly auspicious. The temple is considered holy for Hindus and a pilgrimage for many. People travel all the way to reach the temples. Here are all the Jyotirlingas that you need to visit.

12 Jyotirlingas In India You Must Visit The temple is situated in Western coast of Gujarat. One of the most beautiful temples in India with a beautiful architecture. The temple was reconstructed several times after repeatedly getting destructed by Several Muslim invaders. The present temple was completed in 1951 and under the orders and guidance of Shri. Vallabhbhai Patel. The temple has a sea shore attached to its end which makes it a beautiful spot for all the pilgrims. 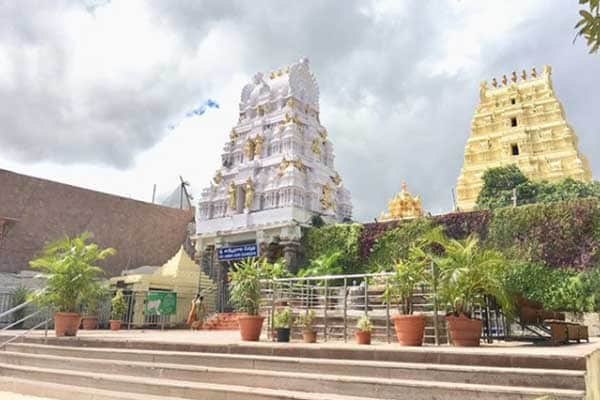 Shri Bhramaramba Mallikarjuna Temple is situated at Srisailam in Andhra Pradesh. The temple constitutes both Shivam and Shakti, as is regarded as one of the 18 Shakti Peethas of Goddess Parvathi.  Shiva is worshipped as Mallikarjuna and Parvathi is depicted as Brahmaramba. It is famous for being the only temple with a Shaktipeeth and a Jyotirlinga. 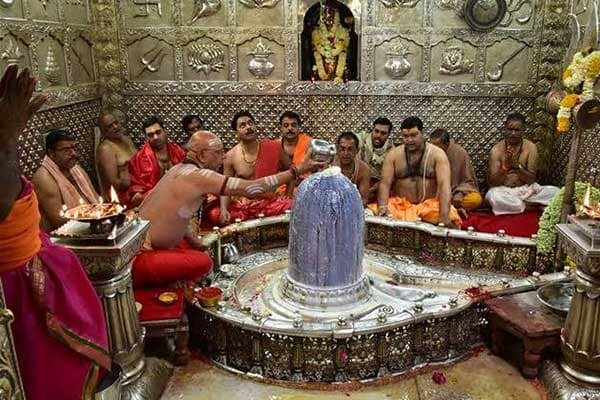 Located in the ancient city of Ujjain in the state of Madhya Pradesh. It is situated on the side of Rudra Sagar lake. Lord Shiva is believed to be Swayambhu. The idol is known to be Dakshinmurti(facing the South). It is believed that the Prasad offered here can be reoffered unlike other shrines. Must visit for the sky high temple and the majestic structure. Located in the Malwa region of Western Madhya Pradesh. The unique thing about the temple is that Narmada River creates the shape of Om to the Mandhata Island. There are three hills that enclose the temple within themselves are Brahmapuri,Vishupuri and Rudrapuri, the three Gods themselves. The temple resides between dense forests and marine life which is great for all the Nature Loving travellers. 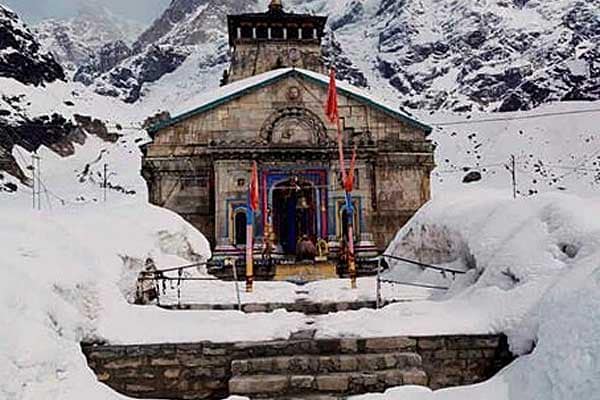 Located in the Himalayas,Kedarnath is different amongst all. It is believed that Devi is supposed to be at a height and Shiva is supposed to stay in the ground at a lower level. Here,in Kedarnath it is situated at a height of 3,584 meters. The greatness of the temple is seen in the devotion of the pilgrims carrying themselves uphill. Due to extreme weather conditions it becomes difficult for some devotees. The temple is a shrine to all the people situated in the lap of Himalaya. Located near Pune in the Sahyadri hills. The temple is the source of river Bhima. Covered with trees in a forest region the temple is home to animals,birds and plants as well. The architecture is an amalgamation of old and new. This is a must visit because it is one of the most graceful temples of Lord Shiva.  Bhimashankar was a wildlife sanctuary.There a bell at the temple which attracts many tourists and pilgrims because of the Roman Style structure. The bell also has an idol of Mother Mary with Jesus. 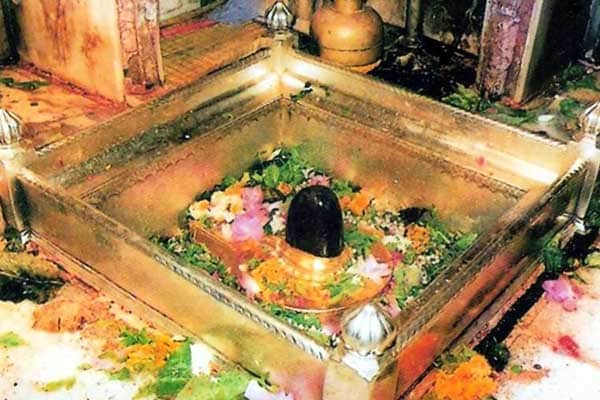 The temple is located in Varanasi in Uttar Pradesh. Standing on the western bank of the holy river Ganga. The temple has a lot of devotees visiting the temple daily. It is one of the holiest temples of Shiva. Varanasi has a lot of temples in the city which makes it important to visit the city in the month of October-November. 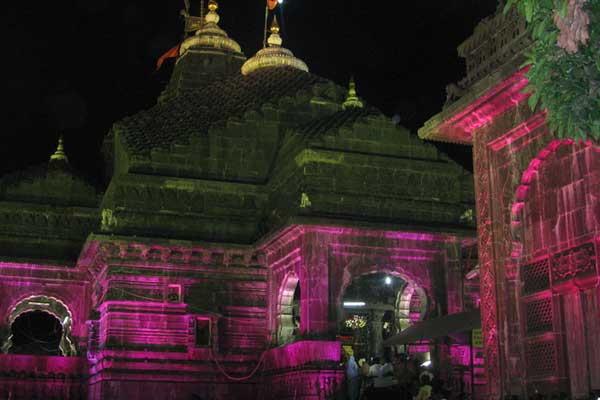 Located in the town of Trimbak in Nashik District of Maharashtra. The temple is the origin of the Godavari river. There exists a Kasuvarta which is the source of Godavari River. The temple was built by Peshwa Balaji Baji Rao. The temple is enclosed with between three hills Bramagiri,Nilagiri and Kalagiri and three rivers Bilvatheertha, Viswananthirtha and Mukundathirtha. The temple has several other monasteries and samadhis of saints from a very long period. The town is beautiful and the architecture of the temple is beautiful and sacred. Located within a huge market the temple is a home to a lot of people. 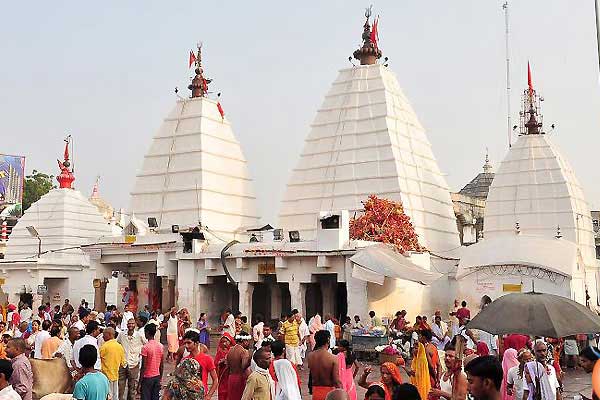 Located in Deoghar in the star of Jharkhand it consists of twenty one small temples and one main temple. It is believed that Ravana worshipped Shiva at this very temple. It has a very calm environment with helpful Pandits. It is One of the best temples in India to attain peace and positivity. Located in the Hingoli district of Maharashtra. The structure of the temple is incredible. The history attached is well known.  If you love architecture then this temple is a must visit because of its serene environment outside. Preferable time to visit is early in the morning. The environment near the Shivalinga is pure and peaceful. The temple has a positive energy in the air. 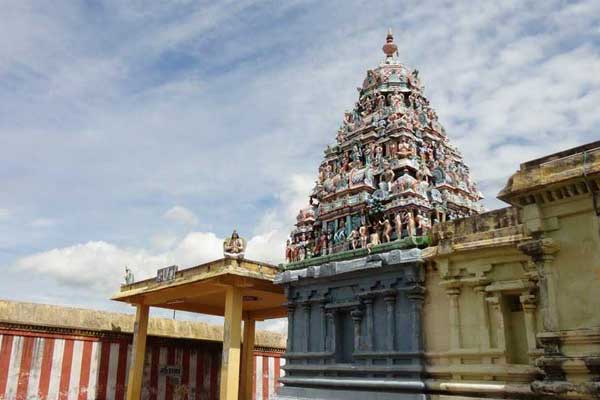 Located on the Rameshwaram island in the state of Tamil Nadu. The temple was expanded by the Pandya dynasty. It is a holy pilgrimage for Shaivites, Vaishnavites and Smarthas. The temple has two lingams, one built by Sita out of sand and the other brought by Hanuman. It is an ancient temple in South India. It is built in the south Indian format with high compound wall on all sides. With beautiful long corridors in the interior the temple is majestic in its beauty. 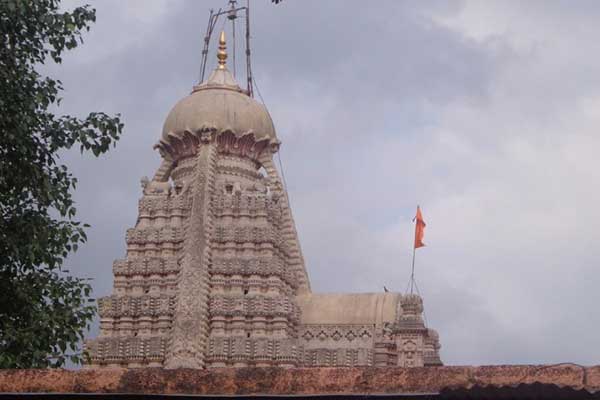 Located near the Ellora Caves the temple is near the city of Aurangabad. The temple has sculpted walls inside and out. The scenes and paintings in the temple are graceful as ever. A must visit because Ajanta caves and Ellora caves surround the area with the temple.
These famous Shiva temples in India have been there since ages, making people believe in the power of God. People come together as devotees. These are the twelve beautiful Jyotirlingas in India. Visit them before mamkind takes over the architecture.