Three Giant Asteroids Are Expected To Fly Past Earth

NASA has revealed that three alarmingly-huge asteroids are on their way towards Earth, and that we could see some close encounters. 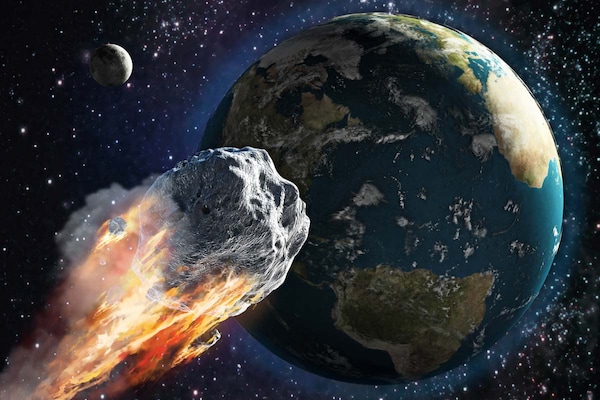 Three Giant Asteroids Are Expected To Fly Past Earth

It is believed if a large object hits Earth, it could wipe out an entire city, killing millions. And if the object is supremely huge, then it could even wipe out the entire human race!

But, while it is unlikely that something huge is going to be hitting the Earth anytime soon, scientists are alarmed...just in case.

As per NASA, three giant asteroids will be flying past Earth June 5 onwards. These asteroids will be as large as the iconic Empire State Building in New York. The building is more than 1,400 feet tall at its tip.

As per a research, these objects will be closely albeit safely crossing the Minimum Orbit Intersection Distance (MOID) from Earth. A large MOID between an asteroid and the Earth indicates that the asteroid will not collide with the planet in the near term. Asteroids with a small MOID to Earth, however pose a risk.