In the movie, Bachchan will be seen playing the role of Harshad Mehta, who shook the stock market in 1992 with a INR 500-crore scam. The movie will show the rise and downfall faced by the Mehta at the stock market. 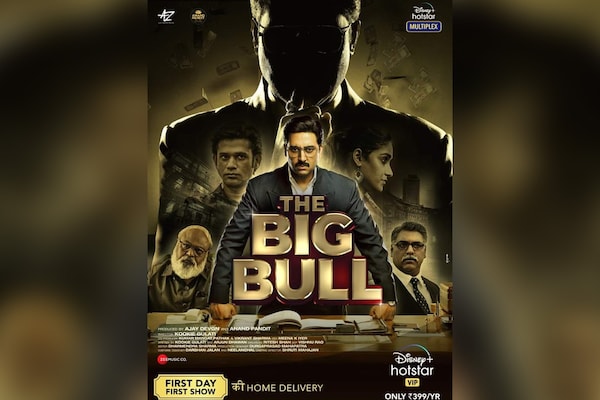 The Big Bull, starring Abhishek Bachchan in a lead role, is to stream on Disney+Hotstar from April 8. The makers of The Big Bull released the teaser in which junior Bachchan is seen standing as a jobber near the Bombay Stock Exchange office at Dalal Street. In the teaser, the producer of the movie, Ajay Devgn also introduced the character of Bachchan with his voiceover. Devgn said "Chhote ghar mein paida hone waalo ko aksar bade sapne dekhne se mana kar deti hai yeh duniya. Isiliye usne apne duniya khadi kar di. The Big Bull, mother of all scams."

On Tuesday, March 16, Bachchan took to his Twitter account and shared the teaser. Further, he wrote "Introducing The Big Bull.... the mother of all scams!!!! Trailer out on 19th March. #TheBigBull releasing on 8th April only on DisneyplusHSVIP, stay tuned."

The movie is based on the life of infamous scamster Harshad Mehta. Last year, a similar biography was released by Hansal Mehta on Sony LIV, which received many praises. Now, after the release of The Big Bull teaser, fans are waiting for the release of the film to see Abhishek Bachchan in a never seen avatar. After getting applauded for acting in Breathe-Into The Shadows and Ludo, now, fans are expecting more from Junior Bachchan in The Big Bull.

The Big Bull is directed by Kookie Gulati and alongside Bachchan, it also includes Ileana D'Cruz, Ram Kapoor, Sohum Shah, Sumit Vats, and Nikita Dutta in pivotal roles. Earlier, the film was to be released on October 23, 2020. Click here to find more information about The Big Bull movie.