Hantavirus Alert: All You Need to Know About Hantavirus: Causes, Symptoms and Prevention of Hantavirus

It is quite surprising to know that there are various types of Hantaviruses and each type of Hantavirus has a different rodent host. Here we will be telling you all that you need to know about this new virus from China named as Hantavirus. 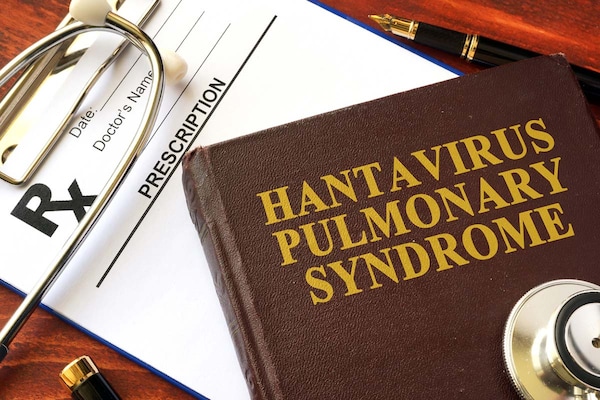 All you Need to Know About Hantavirus

When the world was just trying to protect themselves from the widespread effects of Coronavirus, a new virus named as Hantavirus has emerged. Reports of a person dying in China due to this newly discovered Hantavirus has spread panic across the world. Hantaviruses are rodent based viruses that cause hemorrhagic fever and pneumonia. It is transmitted to humans by direct or indirect contact with the saliva, urine and excreta of rodents, such as deer mice, field mice, and ground voles. These viruses cause severe and sometimes even fatal disease named as Hantavirus Pulmonary Syndrome (HPS). The only good thing about this disease is that unlike the pandemic causing Coronavirus it rarely gets transferred from one person to other.

How is Hantavirus Transmitted

Hantavirus infection usually occurs in rural or suburban areas where the host rodent finds suitable habitat like forests, farms, fields and godowns. The rodents shed the virus in their urine, droppings, and saliva and the virus is transmitted to a person when he inhales air contaminated with the virus. The other ways in which people can get infected are mentioned below:

The only good thing about this Hantavirus and its transmission is that it does not get transmitted from one person to another by touching or coming in contact with an HPS patient.

Signs and Symptoms of Hantavirus

Since not many cases of Hantavirus have come up till now, the medical fraternity has not been able to speak about the accurate incubation time for this disease. However, it is believed that it might take around 1 to 8 weeks for the symptoms to develop after exposure to fresh urine, droppings, or saliva of infected rodents. The early symptoms of the disease include fatigue, fever and muscle aches. Sometimes these symptoms might also be accompanied by headaches, dizziness, chills, nausea, vomiting, diarrhoea, and abdominal pain.

Though the disease is not transferable from one person to another, it might be fatal for the one who is suffering from HPS.

Diagnosis, Treatment and Prevention of Hantavirus

Diagnosing HPS in a patient suffering from fever and body ache might be difficult as it is often confused with common influenza. However, if fever and body ache is accompanied by cough and shortness of breath and the patient has had a history of rodent exposure in the near past then HPS can be diagnosed easily.

Though there is no specific medication and treatment available for HPS still if infected people are recognized early and receive proper medical care in an ICU, they may get better. The earlier the patient is brought to the ICU the sooner he can recover with proper oxygen therapy being administered to him throughout.

Thus, if you, in any case, have a history of rodent exposure in the recent past and you too are experiencing similar symptoms then it is advisable that you see a doctor as soon as possible.

The best way to prevent Hantavirus is to keep rodents like rats, mice, squirrels and likes away from your home. You can seal up the holes and gaps in your house to keep the rodents away.

Q. What is Hantavirus?

A. Found in the urine, saliva and excreta of rodents like rats, mice and squirrels Hantavirus is a serious lung disease-causing virus. The disease caused due to Hantavirus is known as Hantavirus Pulmonary Syndrome (HPS).

Q. How common is Hantavirus?

A. Hantavirus was first identified in Canada in the year 1994. However, in the research it was found that there have been three earlier cases and the first one was back in the year 1989. Since then not many cases have come up in recent years. The most recent case erupted in China, where a man died due to this disease.

Q. How is Hantavirus transmitted?

Q. What treatment is available to cure HPS?

A. As of now no specific vaccine or medication has been developed to cure Hantavirus. However, if a person feels the symptoms of Hantavirus he may see a doctor as soon as possible and get his oxygen therapy stated to overcome the disease at the earliest.

Q. Who all are at the risk of Hantavirus?

As the saying goes prevention is better than cure, it is always better to keep your surroundings clean and keep rodents at bay to protect yourself and your family from the risk of getting infected by Hantavirus.