The new Luna can stream games on two devices at the same time in Full HD resolution at 60 frames per second. With Luna, Amazon will directly compete with Google's Stadia, Apple Arcade, and Microsoft's Project X. 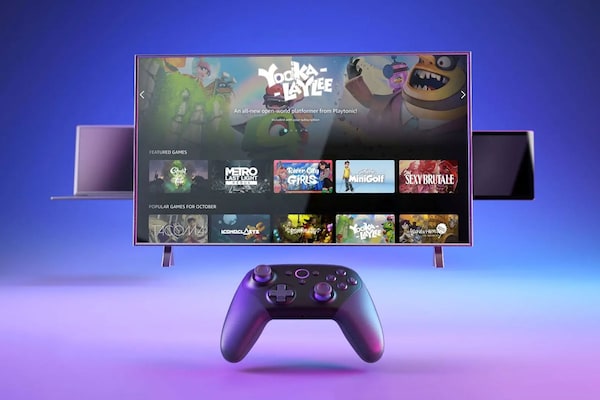 Amazon Luna will be available for just USD 5.99 (around 442 Indian rupees) per month

Amazon is ready to take on Google Stadia, Microsoft xCloud, and Apple Arcade with its cloud gaming service Luna. On Thursday, September 24, Amazon announced its cloud-based game streaming service Luna with new Echo speakers and a home camera named Ring Always Home Cam. It will be available at just 5.99 dollars/ month (around 442 Indian rupees/month), while Google's Stadia will come at 9.99 dollars/month (736 Indian rupees/month).

To stream games online without any interruption, gamers will require a fast and reliable internet connection. The service of Luna will be available on Amazon Fire TV, Mac, iPhone, iPad, and Personal Computers through Safari browser. For Android users, Amazon will also add the Android version with 4K resolution streaming.

Games such as Resident Evil 7, Control, The Impossible Liar, A Plague Tale: Innocence, The Surge 2, Grid and Brothers: A Tale of Two Innocence. The Luna controller will also be compatible with XBOX one controller, Sony's DualShock 4, mouse, and keyboard.

For the flying camera, Amazon also announced that the Ring Home Always Cam will only record videos on flights. Many have criticised Amazon for introducing the camera that records on flights. When it comes to speaker sales, Amazon is way ahead from its rivals Apple Inc. and Google.

A few weeks ago, Amazon had also introduced the Halo Band and a wellness tracker. The wellness tracker also has the ability to assess inner health by analysing the tone of a speaker's voice.