Amphan, the cyclone that has hit West Bengal and Orissa, is the strongest cyclone to have originated in the Bay of Bengal in decades. 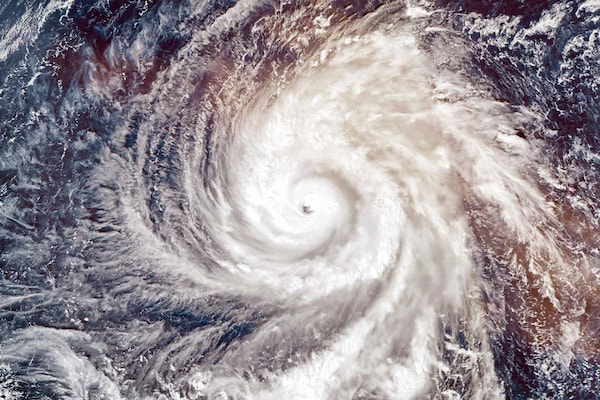 Tropical cyclone Amphan has claimed more than 72 lives so far and injured many in West Bengal and Orissa. The cyclone has not only hit the coastal areas of West Bengal but also the capital city of Kolkata. People in most of the areas of Kolkata are now without electricity, and are troubled with flooded homes and damaged property.

The cyclone started its landfall around 2:30 pm on Wednesday. The landfall hit the states with a wind speed of 155-185 kmph. Winds and rains have struck the villages of both the states very badly, with trees and mud houses being uprooted. In Kolkata, not only trees but also lamp posts were damaged because of the cyclone. Many old buildings, which are aplenty in Kolkata, have also fallen because of this cyclone. Horrible images of water-logged streets and crushed vehicles under fallen trees are making rounds on the internet.

Netaji Subhash Chandra Bose International Airport has suspended all operations till May 21, 5:00 AM. The cyclone has left the international airport in a mess, as the runway area of the airport is water-logged due to heavy rains.

The state governments of Orissa and West Bengal had advised fishermen to stop fishing until a calm resumes. It was predicted by the Indian Meteorological Department on May 17, that in the next 72 hours, more than twenty coastal areas of Orissa and West Bengal could get affected by the cyclone. Fishing is a major economic activity in both the states.

After the prediction of Amphan cyclone by the Indian Meteorological Department, the state governments had turned quarantine centres for coronavirus patients into Amphan cyclone shelters.

Since Tuesday, 41 teams of NDRF have been deployed to tackle the landfall situation of the cyclone. All 41 NDRF teams have been provided equipment like wireless sets, satellite phones, and PPE.

States And People Were Ready

Due to a prior warning, the local administrations were ready with an evacuation process. The District Magistrates had already warned people living in coastal areas about the intensity of this cyclone. People in these areas mostly live in mud houses and were shifted to cyclone shelters.

The biggest challenge for state administrations now will be to provide safe food and shelter to the victims of this cyclone that struck Kolkata during a pandemic.