Arbaaz Khan has taken a legal action against some social media users who have dragged him in Sushant Singh Rajput's alleged suicide case. 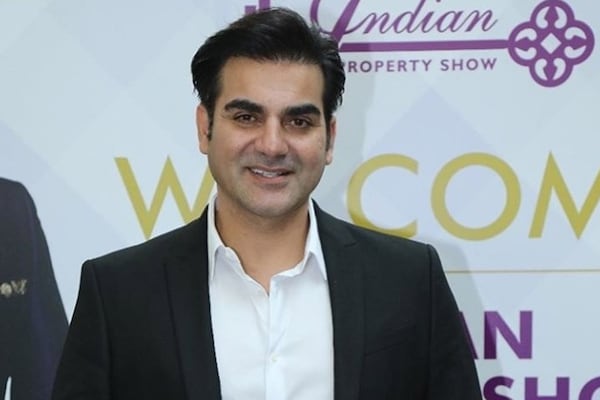 Actor and producer Arbaaz Khan has filed a defamation case against some social media users in a civil court in Mumbai. Khan filed the case after his name was involved in Sushant Singh Rajput and his manager Disha Salian's alleged suicide case.

Some posts also include misinformation such as Khan being arrested and taken into unofficial custody by the Central Bureau of Investigation (CBI). After watching these posts, the Bollywood actor moved to the court against these social media users.

A few days ago, Arbaaz along with his family was accused of sabotaging director Abhinav Kashyap's career. Kashyap had directed Dabangg, which starred Salman Khan, Sonakshi Sinha.

In a Facebook post, Kashyap also targeted the Khan brothers - Arbaaz, Salman, and Sohail of finishing his career. Arbaaz and Sohail had also filed a defamation case against Abhinav

Currently, the Sushant Singh Rajput case is being investigated by the Central Bureau of Investigation (CBI), Narcotics Control Bureau (NCB), and Enforcement Directorate(ED). Rajput was found hanging from the ceiling fan at his home in Bandra, Mumbai. The actor's manager reportedly committed suicide by jumping from the 14th floor of her apartment in Malad, Mumbai, just days before.

BJP leader Narayan Rane had alleged that Disha didn't die by jumping from her apartment but was raped and murdered instead. The BJP leader also claimed that Disha's autopsy report says that she had injury marks on her private parts. Many internet users have also accused Aditya Thackeray of being involved in the Salian's murder, but later on, Thackeray responded to the allegations by claiming it as dirty politics by the opposition.

Recently, the NCB also seized the phones of Padukone, Singh, and Prakash under the Indian Evidence Act.

For the latest deals, offers and news, follow HotDeals360 on Facebook, Twitter, Instagram, Google News and subscribe to our YouTube channel.
The HotDeals360 team writes about stuff we think you'll like. HotDeals360 has affiliate partnerships, so we get a share of the revenue from your purchase.
Topic
Arbaaz Khan Sushant Singh Rajput Sushant Singh Rajput Case Disha Salian Disha Salian Death
More From News
Advertisement
Follow Us
Fear of Missing Out Best Deals?
Subscribe to our newsletter. Now!
Trending
Latest
Quick Links
Trending
Latest