Diego Maradona, the 1986 Football World Cup-winning captain, left for the heavenly abode on Wednesday at the age of 60, at his home in the outskirts of Buenos Aires. The legend suffered a massive heart attack. 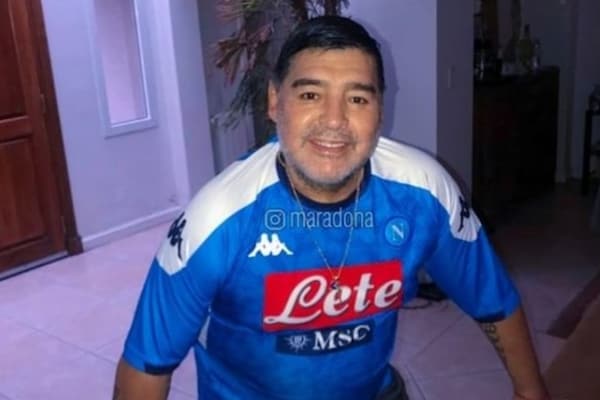 Argentine football legend Diego Maradona breathed his last on November 25, 2020 in the city of Tigre, Buenos Aires, Argentina. The 60-year-old doyen suffered a massive heart attack.  Last month, he had gone through a blood clot surgery.  The legend was active in professional football for the last 44 years and was known for leading Argentina to the champions title in the 1986 World Cup.

Maradona was born on 30th October 1960 to a poor couple - Diego Maradona "Chitoro and Dalma Salvadora Franco Dona Tota of South American and Italian ancestries. He was a fifth born after four daughters and was raised in Villa Fiorito, a shantytown on the southern outskirts of Buenos Aires, Argentina. Football came early to this prodigy and he started actively playing football since a young age of three. He made his debut just 10 days before his 16th birthday against Telleras De Cordoba, a popular Football club, and also became the youngest player in the history of the Argentine Primera Division league.

Within five months of making a debut in the national league, Maradona made his international debut, which was also against Hungary on 27th February 1977. He was dropped off from the 1978 World Cup squad of Argentina because of the then coach of the team Cesar Luis Menotti, who felt that Maradona was too young for the World Cup. He was later included in the squad in 1979 and played in the 1979 Fifa World Youth Championship. He made quite a stir in the tournament by scoring six goals in six matches. It wouldn't be wrong to say that this tournament marked the beginning of his massive success. In the same tournament, he also scored his first senior international goal against Scotland.  The match was won by Argentina by a 3-1 score.  Maradona also played in the 1982 World Cup, where he scored twice against Hungary. Argentina's journey ended in the second round of the tournament.

In the World Cup 1986 in Mexico, Maradona got a chance to lead Argentina and he did not disappoint. The talented sportsman surprised everyone by scoring five goals and five assists; his best performance so far. He scored his first goal against Italy in the second game of the group stage. Under Maradona's leadership, Argentina became the champion by defeating quality teams such as Italy, Uruguay, England, Belgium, and West Germany. Maradona also won Golden Ball at the end of the championship tournament. He also captained the Argentina team in the 1990 and 1994 World Cup; the team, however, failed to repeat the 1986 World Cup's spectacular performance.

During the 1994 World Cup, he landed into a hot controversy by failing the drug test for ephedrine doping. In his autobiography, Maradona blamed his personal trainer by claiming that the latter had given him the power drink Rip fuel. Maradona was also addicted to cocaine from 1980 to 2004. It is believed that he started using drugs in 1982, while he was playing for Napoli. There were also times when he used to struggle with his performance because of drugs. It was bound to capture the media's attention and this is exactly what happened. He was hounded by the press for a very long. He even fired a compressed-air-rifle at reporters for invading his privacy. In 1997, Maradona ended his 21-year-long career by taking retirement from football.  After the retirement, Maradona managed and coached many well-known national teams.

On 25th November 2020, Maradona breathed his last; but the legend will always be remembered for his greatest contribution in the 1986 World Cup.