Arsenicum Album 30: Can It Be Sought As a Preventive Drug for Coronavirus?

After the AYUSH Ministry's advisory, many states have also recommended using homeo drug Arsenicum Album 30 as prevention to COVID. Since there is no scientific evidence for its efficiency, there are debates revolving around its use. 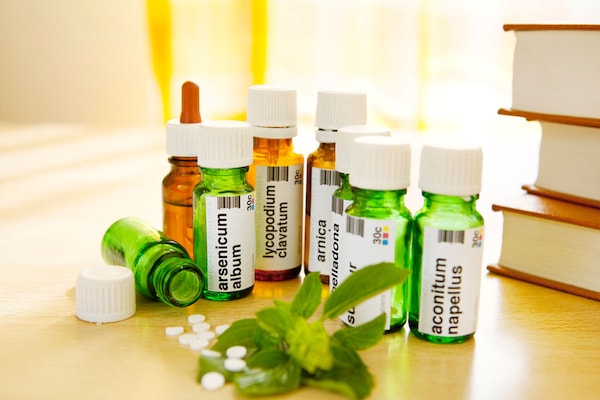 Arsenicum Album 30: Can It Be Sought As a Preventive Drug for Coronavirus?

The homoeopathic drug Arsenicum Album 30 has become the talk of the town after several states recommended it to be used as a preventive drug for treating COVID-19.

The debate over its effectiveness as a preventive measure came to light when the Ministry of AYUSH listed the drug in its advisory on “preventive and prophylactic simple remedies” against COVID-19. The reason behind the ongoing debate is that there is no scientific evidence about its effectiveness. Not only the scientists but some homoeopathic practitioners themselves have questioned this.

States such as Rajasthan, Karnataka, Tamil Nadu, Andhra Pradesh, and Kerala have recommended the use of this drug as prevention for the new coranavirus disease. While the Maharashtra government hasn't yet come up with a formal decision, authorities in Mumbai have been reported to distribute the drug in high-risk zones. The Mumbai police are also distributing the drug to the officers and the prisoners as a preventive measure.

Even in states where there hasn't been any official recommendation people are stepping out to homoeopathic centres and availing the drug at triple its cost. Local chemists in various cities have also started stocking up on the drug as they expect a surge in its demand.

Arsenicum album is made by heating arsenic with distilled water. The process is repeated several times for a period of three days. The health hazards of arsenic contamination in water are not hidden. The homoeo drug Arsenicum album has less than 1% of arsenic.

The drug is known to treat inflammation in body and has been effective in dealing with diarrhoea, cough, and cold. Some homoeopathic experts also advocate the fact that Arsenicum album is used to treat anxiety, restlessness, cold, ulcerations, burning pains.

In January, the Scientific Advisory Board of the Central Council for Research in Homoeopathy (CCRH) opined that Arsenicum Album 30 could be taken as preventive medicine against Coronavirus infection. The following day Ministry of AYUSH also recommended taking the medicine and to continue the course if an outbreak happens locally.

Reason for the Debate Over the Use of Arsenicum Album 30

With no clinical trials and study being undertaken anywhere to scientifically validate the use of Arsenicum Album 30 as a preventive medication, the huge surge in its demand has worried the homoeopaths. The AYUSH Ministry's recommendation is based upon the existing use of medicine for respiratory illness and influenza. Some also argue upon the fact that different human body reacts differently to homoeopathic medicines and one medicine cannot be universally held as a prophylactic for all.

Neither the Indian Council of Medical Research nor the World Health Organisation has issued guidelines or advisory for the use of Arsenicum album as Covid-19 prevention.

The joint director in the Public Health Department, Maharashtra Dr Archana Patil said, “There is no scientific evidence that it works as prophylactic. So, we are not encouraging it universally for everyone."

For the latest deals, offers and news, follow HotDeals360 on Facebook, Twitter, Instagram, Google News and subscribe to our YouTube channel.
The HotDeals360 team writes about stuff we think you'll like. HotDeals360 has affiliate partnerships, so we get a share of the revenue from your purchase.
Topic
homeopathic medicine for coronavirus Homeopathy For Coronavirus Homeopathic drug arsenicum album 30
More From News
Advertisement
Fear of Missing Out Best Deals?
Subscribe to our newsletter. Now!
Trending
Latest
Quick Links
Trending
Latest