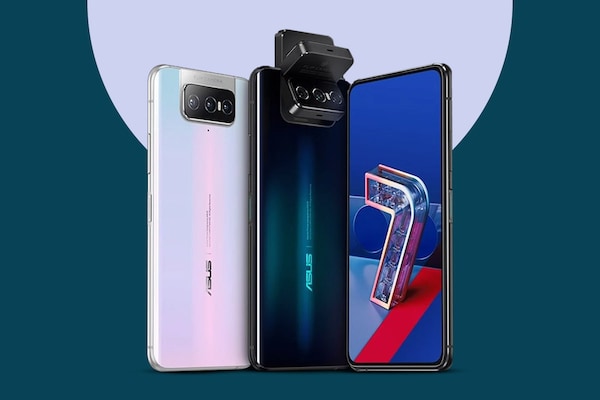 Asus 7 series has been launched and smartphone buffs are on the frenzy ever since. On offer are Asus Zenphone 7 and Asus Zenphone 7 Pro. The Taiwanese company has brought with it good news for flip camera fans by continuing with the feature for both the new smartphones. In fact, this time it comes with an added telephoto cam and improved flip-up mechanism. Being at the helm of the digital revolution, and looking into the needs of the future users, these smartphones with aluminium built will be supporting 5G networks, too. However, the 7 series has been launched in just Taiwan, as of yet. Launch across borders is expected later this year. Check out all the features of these newly launched below.

Both the phones come with a 6.67 inch screen and an aspect ratio of 20:9 (Pixels 1,080x2,400), making it a little bigger than the standard size, and giving you just the right grip. The screen comes with a thin film display technology- AMOLED, which will make your viewing experience better. It is accompanied by A Corning Gorilla Glass 6 protection, which gives the phone optical clarity, touch sensitivity, and scratch resistance.

A processor can be thought of as the brain of a phone, responsible for its performance; the more powerful is the processor, the better your phone functions. Zenphone 7 comes with Qualcomm Snapdragon 865 Soc, accompanied by Adreno 650 GPU and up to 8GB of LPDDR5 RAM. Zenphone 7 pro is similar to the former smartphone except that it has Qualcomm Snapdragon 865+ processor, with same additions. The new Snapdragon 865 Plus chipset has an improved 10 percent performance over the Snapdragon 865; it allows the prime core to run at up to 3.1GHz clock speeds with 10% boost in graphics rendering. Both the phones run on Android 10.

Carrying forward the flip camera, which was quite a hit last year with the 6 series Azus has installed three cameras on the back in both the newly launched. Both the smartphones offer 64-megapixel primary sensor as well as 12-megapixel secondary and 8-megapixel camera sensors. While the primary and secondary sensors are accompanied by f/1.8 and f/2.2 lens respectively, the 8-megapixel sensors put on platter 3x optical zoom. Both the cameras support 8K and 4K video recordings. While Zenphone 7 comes with support for 3-axis electronic image stabilization, Zenphone 7 pro supports 4-axis optical image stabilization. Feel free to give your instinct of being an influencer with this high-quality camera!

Both the smartphones have sensors with the accelerometer, ambient light, gyroscope, hall effect, magnetometer, and a proximity sensor. A fingerprint sensor mounted on the side is also available. Battery What makes the 7 series special is the feature of 30W fast charging of their 5,000mAh batteries. These work with Qualcomm's Quick Charge 4.0 and USB PD standards. Asus claims that its fast charging standard can fill the battery from 0-100% in 93 minutes.