After one and a half years, giants of automobile industry are heading towards recovery. According to July 2020 data, automobile companies such as Toyota, Tata, Maruti Suzuki, Mahindra, Renault, and Honda have shown positive growth. 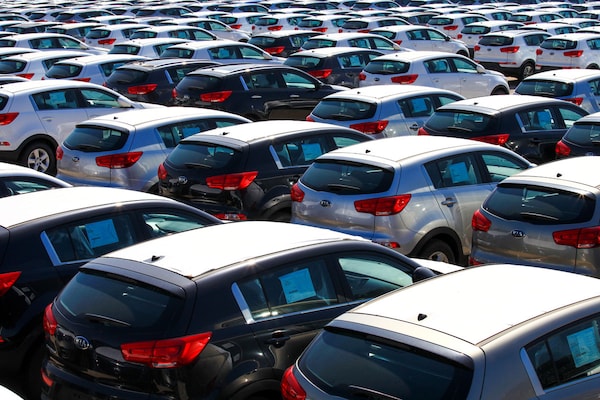 Today, when the global economy is gasping for some movement and recovery, July figures for auto sales in India are surprisingly showing a positive plunge. Auto Giants such as Mahindra, Honda, Maruti Suzuki, Renault, Hyundai, Tata, and Toyota have shown a sign of recovery in the last month.

Last year at the same time, Maruti Suzuki witnessed a drop of 36.2% in sales. Because of the drop, Maruti Suzuki also went for cuts in production. But after one year, the picture has changed. Now, Maruti Suzuki has reported domestic sales of more than 97,500 units. The company has also reported an increase in demand of first-time buyers. Maruti cars such as Alto and S Presso saw an increase of 26% in sales.

In June 2019, the tractor industry was also facing a downfall but now Mahindra is witnessing the highest ever tractor sales for the month.

With more than 38,000 domestic sales, Hyundai is also ready to make a strong comeback in the market. The company gives credit of comeback to cars such as SUV Creta, Venue, 2020 Verna, Elite I20, and Grand i10 Nios. Till today, Hyundai has got more than 20,000 customers through SUV. In May and June of this year, SUV was the second best-selling vehicle in India.

The French automaker Renault has also recorded the highest year over year jump with more than 6,000 units in July 2020. Renault's Triber, which was launched in August 2019, has become a success. With sales of more than 5,000 units, Toyota has improved its June 2020 results. The company is also expecting to earn profits by increasing sales with festive season.