Is Trade War With China A Good Idea?

Anti-China sentiments are getting stronger inside the hearts of Indian traders; but should the government boost these emotions, kicking practicality in the backseat? If yes, how much is actually doable? 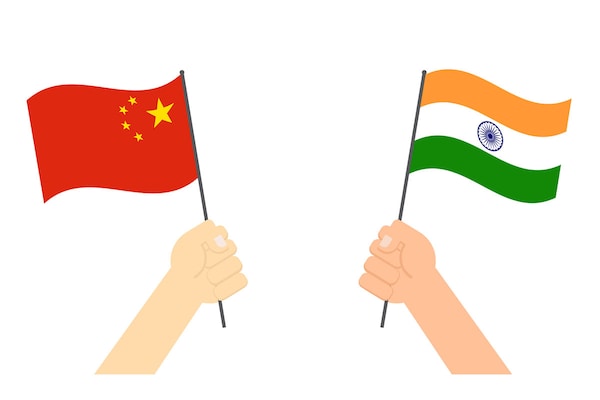 To kick-start the big boycott movement, small steps could be taken forward

First the coronavirus pandemic, and then the face-off between India and China at the Galwan valley in Ladakh has led to a major anti-China sentiment among many Indians- both individuals as well as various political and commercial organisations or bodies.

Although curbing the spread of the yet unfathomable virus is not in the hands of any country, India and China did try to curb the tensions at the border, but only to face defiance from across the Indian border.

After inconclusive major level talks on June 15, Chinese and Indian soldiers engaged with each other in a violent clash. More than 20 lives from the Indian side were sacrificed. There are also reports claiming that more than 40 lives have been lost from the Chinese side.

Incidentally, this clash has had repercussions far beyond the Ladakh valley, and even beyond New Delhi.

Boycott China movement has sped up, also giving momentum to promoting sale and use of Indian products, ultimately feeding Prime Minister Narendra Modi's idea of an atmanirbhar or self reliant India.

After the most recent clash of Indian and Chinese soldiers, traders' body the Confederation of All India Traders (CAIT) has also written a letter to Bollywood celebs and sportsmen asking them to stop endorsing Chinese products.

The CAIT that comprises 60 million merchants from all over India is promoting "Indian Goods – Our Pride." The idea is to boost the boycott of Chinese products and make them in India instead. It has even released a list of 500 broad categories and 3,000 products ranging from toys to fabrics, kitchenware to cosmetics, that can easily be made in India by Indians.

Meanwhile, some locals have been in the streets, literally thrashing Chinese goods- in one instance throwing a made in China television from a resident's balcony, as part of a small demonstration in support of the boycott movement.

But, Is It Feasible For India To Boycott Chinese Products Entirely?

The CAIT aims to substitute imports of Chinese products worth USD 13 billion with made in India products by December 2021.

But, currently it seems rather difficult for India to boycott import or export of Chinese products at a large scale, so much so that taking this step might hurt India more than it could harm China.

Although the CAIT's plan may seem ambitious, it covers less than a fifth of the imports from China that stood at USD 70 billion in 2018-19.

China rules the smartphone market in India, with brands like One Plus, Vivo, Oppo, Realme, and Xiaomi are dominating the scene. Amid the recent incidents, Oppo has already cancelled the launch of its 5G phone the Find X2 that was to be launched on June 17.

Home appliance brands such as Haier and TCL have also expanded in India in the last few years. In 2018-19, almost 60 percent of India's import requirements of electrical and electronic products was met by China.

There is no questioning the fact that Chinese products are now deep into the supply chain of several sectors in India.

China even sells crucial machinery that adds to domestic manufacturing and even exports, and replacing these will not take a small boycott protest in a street somewhere in India, but perhaps a decade of planning a trade exit.

It has been estimated that a third of the Chinese imports constitute of low-tech goods. These include not just cheap 'smartphones' but also other electrical appliances, and also a host of toys, etc.

These good looking albeit poor quality items must indeed be re-replaced by locally made products and brands, in return also supporting numerous small and medium Indian firms.

China also happens to cash on Indian emotions by feeding the market with idols of gods just before mega Indian festivals such as Diwali Or Ganesh Chaturthi.

Thus, to kick-start this big boycott movement, small steps could -rather should- be taken forward. Some policy building may help, and not mere making hashtags such as #BoycottChina become the new trend on twitter.