Connecting north Guwahati to the Guwahati city, the river ropeway recently inaugurated has turned out to be India's longest river ropeway. It is expected to be a major tourist attraction in future. 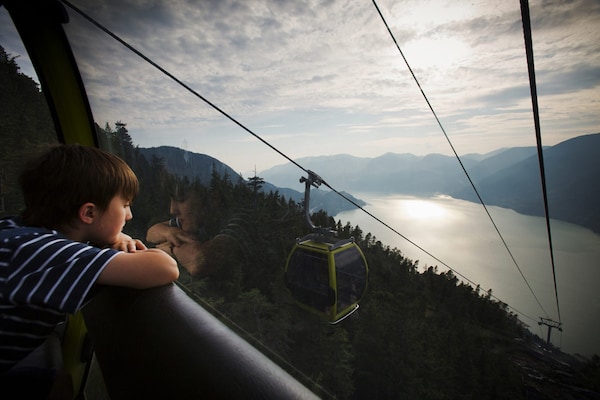 The ropeway will help the residents, otherwise dependent just on ferries, to cross the banks

River ropeways are an eclectic blend of scenic beauty, serenity, adrenaline rush, and, of course, adventure. This ritual of comfortably sitting in a sliding cabled cabin, with a beautiful backdrop, and getting up-close and personal with nature is already a hit amongst tourists. The latest entrant in India's list of river ropeways is the 1.8-km long bicable ropeway inaugurated in Guwahati yesterday, the gateway to north-east India.

This jog-back ropeway comes in the form of a tramway system with two cabins with a sitting capacity of 30 passengers and an operator each. It connects the famous Kachari Ghat In Panbazaar with north Guawahati's Dol Govinda temple, which stands pretty at the foothills of Chandra Bharati hills.

Stretching across the gorgeous river Brahmaputra and overlooking the surrounding verdant hills that boast every shade of green possible, the ropeway also passes the famous Umananda temple built over the Peacock Island, along its route. Interestingly, this temple standing gorgeous in the smallest inhabited riverine island of India, was built in the 17th century in the honour of Hindu lord Shiva.

Besides adding to the aesthetics of the city, the ropeway is expected to rise to the surface as a necessary mode of transportation in the region for common people. Otherwise crossable just through ferries and that too after over half an hour of gap, the distance between these two banks can now be traversed in less than ten minutes, thanks to the ropeway. To ingrain it into the everyday lives of Guwahatians, just a nominal fee of Rs. 60 will be charged for a one-way trip and Rs. 100 for a round trip. Strategic CCTV cameras too have been installed to ensure a tight-knit security in the region.

The ropeway, however, is no surprise to India. The seeds of this long-awaited project were sown in 2006 when this Rs. 56.08 crores project was assigned to the Guwahati Metropiltan Development Authority. It was three years later, in 2009, when the foundation stone was laid. While the construction work was taken up by a Kolkata based firm, the cabins were designed by a Swiss firm.

As life slowly resumes back to normalcy, the ropeway will attract tourists as well as locals, alike.