Buy Gold Online With Amazon For As Little As Rs.5, But Keep These Points In Mind

Amazon India has hopped onto the bandwagon of the digital gold market, and joined hands with SafeGold to be able to buy and sell gold round-the-clock on its platform. Know which other platforms you can buy gold on, and some points to keep in mind. 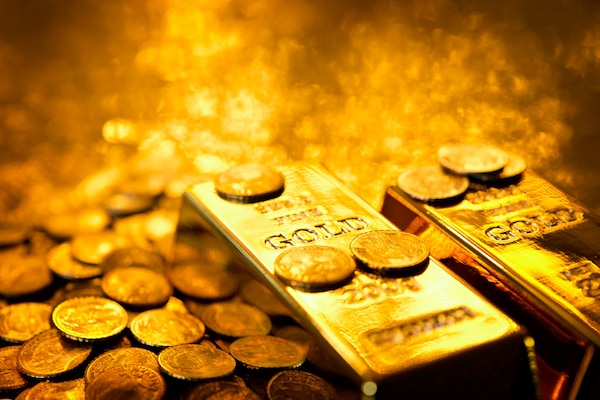 Amazon Pay, together with SafeGold, is now giving shoppers an option to buy digital gold on its platform. The financial service wing of e-commerce giant Amazon India now has a digital gold investment feature called Gold Vault that will offer 24-carat-gold, which could be bought online for as little an amount as Rs 5.

SafeGold is a digital platform that allows users to buy, sell, and take delivery of 24-carat-physical gold of 995 purity (99.5% pure) in small sizes and round the clock.

Customers will be able to access SafeGold's offerings through Amazon. Amazon Pay users will also have the flexibility to keep gold in a digital locker, as well as buy or sell the precious yellow metal without having to rent a locker.

The news comes at a time when gold prices have been rising rapidly due to global volatility and weakening of the US dollar.

Digital gold is available for sale for as little as Re 1 on other digital gold shops including those on platforms such as Paytm, PhonePe, and Google Pay.

Axis Bank-owned Freecharge and Gurugram based MobiKwik are two other hot-selling platforms.

Many of these fintech companies such as Google Pay and Paytm sell digital gold through partnerships with MMTC-PAMP, which is a BIS-certified refinery for gold and silver in India, and one of the pioneers in selling digital gold in India. It is a joint venture between Metals and Minerals Trading Corp. (MMTC), a government of India initiative, and Switzerland-based MKS PAMP.

All these companies have been cashing on the demand for digital gold, which grew particularly during the lockdowns steered by the coronavirus pandemic.

Business publication Mint reported that on the occasion of Akshaya Tritiya in April this year, when there was a nation-wide lockdown in place, Noida-based Paytm sold a little over 37kgs of digital gold on its platform. In the same article, the newspaper reported that Bengaluru-based PhonePe claimed to have sold over 100kgs of gold digitally.

Traditionally, sales on Akshaya Tritiya range from 20 tonnes to 25 tonnes, representing about 4 percent of the country's total annual consumption, says rating agency ICRA, but those numbers were dramatically hit this year.

But What Exactly Is Digital Gold and How Can You Redeem It Physically?

Clearly, it is not the usual gold bar, coin, or a piece of jewellery that Indians have been buying traditionally. Instead it is a mode of ‘investment' that is done in pure ‘digital' gold, at least initially. It is safely stored in a digital locker. The gold bought is held in the custody of the issuer till the time the buyer chooses to sell or have the gold delivered physically.

Investors can also choose to redeem the accumulated gold against jewellery purchased from approved jewellers.

Pros, Cons, and a Word of Caution

One of the biggest advantages of investing in digital gold is to be able to buy and accumulate physical gold in fractional quantities. However, there is a one-time cost for storage and safety. This cost is included in the price of gold at the time of buying and may vary from that of the gold price on MCX or in physical markets.

Also, both investors and issuers—buyers as well as sellers—would need to be cautious as there's no regulatory mechanism for the product, leaving room for misuse and mishandling.

The issuers will have to have a strong funding at all times, for investors who may want to redeem their digital gold by selling it back. There would also be a need to have physical gold in vaults for those who may ask for it.

On the other hand, investors who may want to withdraw physical gold and sell it elsewhere will need to keep an eye on prices in the market, as delay in redeeming physical gold could have the buyer miss out on a good price point to sell. A delay in selling the gold could also mean that the buyer did not have the funds when needed.

Experts also say that in the absence of proper regulatory measures customers could also be cheated with lower quality gold handed over to them by jewellers, breaking down the higher quality gold that they have accumulated digitally.

In such a scenario, it is mostly up to the buyers to be mindful of their investments and decisions to liquidate.