Tamil Nadu has constantly seen a rise in the number of COVID-19 cases, and the capital Chennai happens to be a major contributor, with more than 70% of the total cases in the state. Thus, in order to control further spread of the disease, the government has announced an intense lockdown. 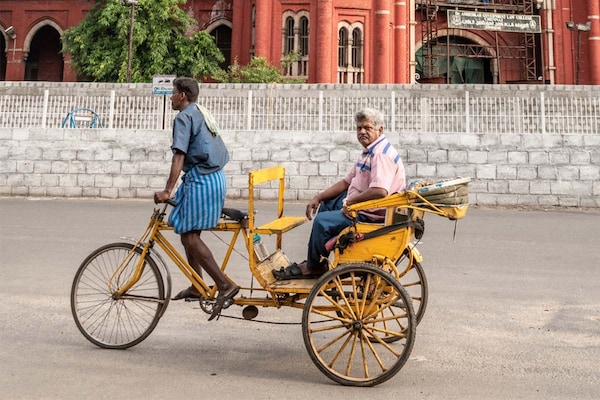 Seeing an upsurge in the Coronavirus cases in Tamil Nadu, the state government has decided to put Chennai along with three other districts under complete lockdown. Chief Minister Edappadi K. Palaniswami announced that the four districts would undergo an intense lockdown for 12 days starting June 19. Apart from Chennai, the other districts where lockdown would be imposed are Tiruvallur, Kancheepuram and Chengalpattu.

In a statement, the Tamil Nadu Government said, "Considering the spread of the virus and based on recommendations of health and medical experts, an intense lockdown will be in force from 00.00 hours on June 19 and midnight of June 30."

As per the government data, these four districts contribute to around 84% of the cases recorded so far in the state. In a detailed guideline, the state government has issued nature of activities that will be permitted, but mandated certain restrictions to avoid people's movement in the wake of a sharp rise in cases. The total death toll rose to 479 with 44 deaths in the state on Monday.

The state capital, Chennai has consistently seen a surge in COVID-19 positive cases. The state government in no way wants to increase the risk of community transfer. After a meeting with the cabinet and health experts, the state government announced to take a U-turn and opt for an intense lockdown. The government also announced that Rs. 1,000 monetary support will be provided to all the ration cardholders in the lockdown areas.

New Guidelines for Lockdown in Chennai And The Other Districts

#Chennaiairport update: We are receiving numerous queries on airport operations during the intense #lockdown (June 19-30) period announced in #Chennai and neighbouring districts. It is hereby clarified that airport operations will continue undettered with existing regulations.