Coca-Cola is set to launch its coffee infused soda in the USA, a drink that it has already popularised in some other countries. 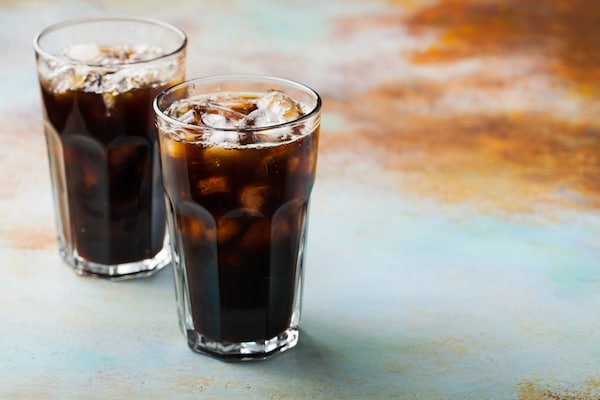 “Coca-Cola With Coffee” is set to be launched in the United States of America (USA) next year, a move that aims to recapture the market that the soda major Coca-Cola lost to coffee giant Starbucks in the country.

The beverage, which is already available in some other countries such as Australia, Italy, Spain, Poland, Thailand, among others, is said to hit shelves in the USA by January next year.

Coca-Cola With Coffee will be competing with PepsiCo's coffee infused cola, which was launched last year in the USA.

The launch of the hybrid drink comes at a time when consumer tastes are changing. Weight-watchers and sugar-conscious customers are turning to water or other beverages with lesser calories and yet with enough kick. On the other hand, people are also turning to more caffeine intake as they continue to work-from-home due to the coronavirus pandemic.

Coca-Cola with Coffee will be available to the company's subscription service, called the Coca-Cola Insider's club.

All About The Timing

This is not the first time that Coca-Cola is introducing a hybrid drink in the USA. In 2006, Coca-Cola launched Coca-Cola Blak, a coffee-flavored version of its signature product. However, the beverage failed to get the right attention and flopped.  The company tagged the failure to the “timing”. Coca-Cola stopped selling the product in 2008.

The soda maker then went to launch Coca-Cola With Coffee in countries other than the USA, and reaped a positive response; and it now thinks that the USA is ready for such a product.

This new cola contains more real coffee than Blak did, and also has more caffeine than regular Coke.

Stuck-at-home-people, who are now unable to visit coffee shops due to the fear of contracting the coronavirus, are now looking at other sources for their caffeine fix; and Coco-Cola is cashing on the same.

Interestingly, Coca-Cola's interest in coffee extends beyond this product. In 2019, the beverage company announced its acquisition of the European coffee chain Costa Coffee. The deal closed this year.

Indeed, the soda major is planning to popularise and capitalise on the coffee trend, even though its hero or the most selling product remains the good ol' sugary soda.