Pick your token number to buy liquor at Delhi liquor stores. Delhi government has begun assigning e-token on www.qtoken.in to avoid over crowding. 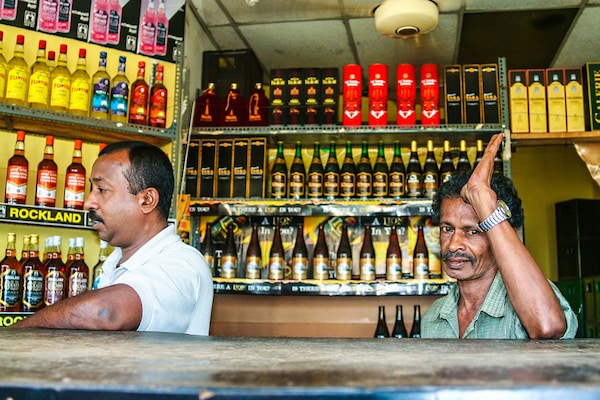 The launch of an e-token system to buy liquor without over crowding the shops has begun in Delhi. You would need to logon to this Delhi government e-token site – www.qtoken.in to generate a token number, using which you will be able to buy liquor at an allotted time. This has been done to avoid over-crowding, during these times that call for social distancing.

When trying to get your allotted time to buy liquor, the website will need your name and phone number to assign you a time. Using these basic details you will be able to generate your e-token which you will receive on your registered phone number.

India has recorded a 200% increase in distress calls by liquor and drug addicts during the Covid-19 lockdown. Such addicts have been complaining of anxiety and withdrawal systems, which has triggered the government to help such people and hence the decision of opening the liquor stores. From an average of 90 calls per day the number has risen to about 270 making it a huge concern. With only essentials available people did not have access to liquor or cigarettes.

Another reason why the government considered opening wine shops is the revenue generation that will follow. Indian economy, like economies across the world, has been bearing an unprecedented stress and with all most no commercial activity, it is now becoming difficult for the governments to function smoothly.

All states in India have announced a price hike on liquor excise duty including. The Uttar Pradesh government, for example, has decided to increase liquor prices from Rs 5 to Rs 400 per bottle depending on its size and category of the drink.

According to a study, liquor sale makes for upto 10-15 % of a States Own Tax Revenue (SOTR). For states of Karnataka and Rajasthan it goes upto 20% . States like UP have made upto Rs. 25,000 crores for the year 2019 which is an enormous number.

However, the price hike has had its repercussions. On the fourth day after the sale of alcohol resumed in Karnataka, the state witnessed a sharp decline in sales after the government hiked retail prices of liquor by 17%.

According to officials of Karnataka State Beverages Corporation Ltd, alcohol worth Rs 165 crore weas sold on Thursday compared to Rs 232 crore of sale on Wednesday.

The scene is a little different in the national capital, however. Even after announcing a 70 % rise in liquor prices Delhi saw huge rush at all the stores. The Delhi government has allowed about 200 liquor shops to open while only 50 could because of the over crowding that these shops were facing.

The official website that has been launched to manage such crowds has seen huge amount of traffic and requests which has led to the site facing server issue. The website was launched on the evening of May 7.