The Delhi Metro Rail Corporation may resume its services soon. Authorities have asked metro employees to report back to work, and certain preparatory measures are already being put in place. 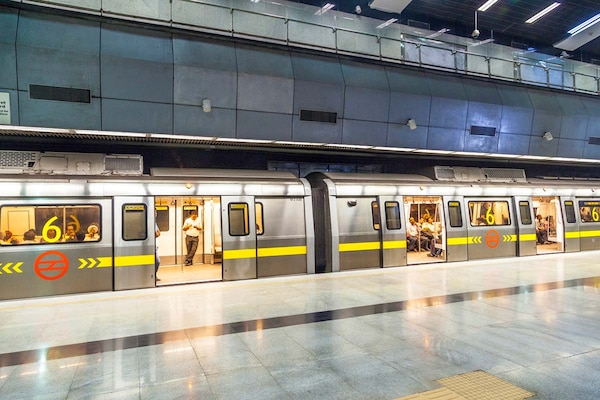 When India went into a lockdown to stop the spread of the novel coronavirus, just like practically everything else, the metro services were halted, too.

Now, after a gap of more than 60 days, as India nears the end of the fourth phase of the nationwide lockdown, the Delhi Metro Rail Corporation (DMRC) has given indications that it could start its services from June 1.

All the services of Delhi metro were brought to a halt on March 22, when Prime Minister Narendra Modi had called for a janta curfew.

There are now reports that DMRC has asked its employees to report to work. But, while on one side, these reports are stating the resumption of DMRC services, the central government has not confirmed anything about the same. However, Delhi Chief Minister Arvind Kejriwal has already requested the central government to allow DMRC to start its services.

What Happens If Metro Services Resume

When DMRC resumes its services, then as per reports, only upto 50 passengers will be allowed in each coach. Normally a metro coach is capable of carrying 300 passengers.

Wearing masks and going through thermal screening will become mandatory, to be able to avail the metro services. Also, other regular norms such as fine for spitting in DMRC premises may be raised. Social distancing will also be need to followed.

The authorities however have not confirmed if downloading Aarogya Setu application on mobile phones will be mandatory.

To promote social distancing, stickers stating the requisite guidelines have already been pasted at stations and inside train coaches. Commuters will have to maintain a minimum distance of one meter among themselves.

The maintenance staff of DMRC will also have to become more responsible as the sanitisation of station premises will become important to maintain hygiene.

To maintain the proper hygiene of passengers, automatic hand sanitizer dispensers will also be arranged. Hustling and jostling passengers will be punished for not following the social distancing rule.