Everything You Need To Know About Diageo: The Alcohol Giant Which Incurred A Loss of Nearly Rs.20 Crore On Giving Up Wine Business

The global alcohol giant Diageo sold its entire stakes in Four Seasons Wine and its associates. The annual report released by the giant recently showed that the move resulted in a loss of nearly Rs.20 crores. Here is everything you need to know. 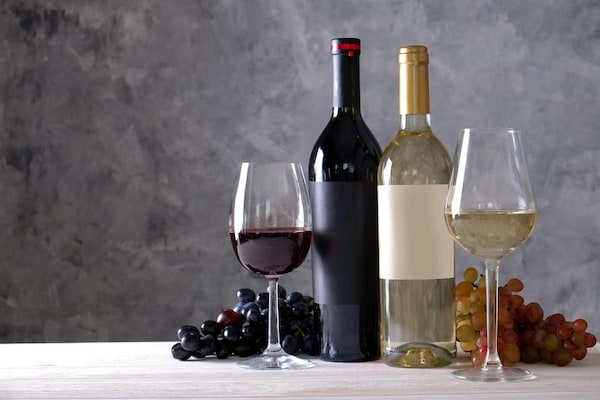 Diageo has once again hit the headlines, stirring the debate around its controversial move on selling off its wine business in India, last year. The popular brand had sold its Indian subsidiaries- Four Seasons Wine and its associates to Grover Zampa Vineyards and Quintela Assets for Rs 31.86 crore. The annual report for the year 2019-20, shared by the alcohol giant says that giving up the wine brands resulted in drying up of profits and a whopping loss of approximately Rs 20 Crore. Here is everything you need to know.

What is Diageo and Where is it Headquartered?

Diageo is a British multinational company headquartered in London which primarily sells beer and other spirits including whiskey, Scotch whisky, vodka, rum, liqueur, tequila, local spirits, wine, and gin. The brand is very popular among the drinkers worldwide and has a foothold in more than 180 countries including Australia, Ireland, Korea, Russia, Great Britain, Mexico, Guinness Nigeria, South Africa, and India.

Have you Consumed the Diageo Spirits?

If you are a drinker with a taste, chances are that you have consumed the spirits from Diageo. It owns over 200 brands globally including Johnnie Walker's Red Label, Johnnie Walker's Blue Label, Smirnoff, Vat 69, Mc Dowell's, Baileys, Captain Morgan, Crown Royal, Bell's, globally. Soon the multinational will also buy the ownership of Aviation American Gin, which is crafted with a blend of botanicals and a subtle tint of juniper notes. In India, it owns over 50 popular spirit brands, through its liquor firm United Spirits Limited. These include Johnnie Walker Keep Walking, Royal Challenge, Antiquity, Blue Riband, Signature, Black Dog, White Mischief, and Bagpiper Whisky. These fine drinks come from distilleries spread across Indian states such as Maharashtra, Sikkim, Tamil Nadu, West Bengal, Rajasthan, Uttar Pradesh, Bihar, Goa and Haryana, among others.

Are There Any Diageo Wines in the Indian Market?

No, at present there aren't any Diageo wines in the Indian market. It sold off the wine brands Four Seasons Wine and its associates to Grover Zampa Vineyards and Quintela Assets last year.

Why Did it Sell the Wine Business?

The Four Seasons Wine had a very niche fragment of consumers in India, making it a small part of the overall Diageo portfolio in India. Besides, the Indian palate prefers spirits and beer over wine. The giant says that it wanted to focus more on the growth of core spirits business in India and devise an effective premiumisation strategy for the same.

How is Diageo India Reacting to the Coronavirus Pandemic?

The coronavirus pandemic was no good news for brewing companies, and Diageo is no exception. With life thrown out of order and people locked down inside their houses, a jolt to the industry was natural. Diageo too suffered a revenue fall of 8% this year, till June.

However, it hasn't deterred the brand from reaching out to its consumers. The brand has extended a helping hand to the healthcare and hospitality sector and the government by announcing the manufacture of 3,00,000 litres of hand sanitisers, donation of 5,00,000 litres of  Extra Neutral Alcohol (ENA) to the sanitiser industry, health insurance cover to on-trade partners and donation of free masks to government public health departments.

It also launched ‘Raising A Bar', a two-year-long 75-crore programme to support bars, pubs, and restaurants serving alcohol to welcome customers post the pandemic. It plans on providing targeted non-cash support in the form of physical equipment needed for re-open including masks, gloves, permanent sanitiser dispensers, medical-grade hand sanitisers, and in establishing a partnership with online reservations. The programme will be owned and led by Black Dog, the popular scotch whisky brand.