Golden Globes 2021: Have You Watched These OTT Winners Yet?

Golden Globes 2021 saw Over-The-Top platforms take home the most awards, with Netflix and Disney being at the forefront of an award show that was held virtually this year. Here's a gist of the top winners, so you can take your pick and watch these, if you haven't already. 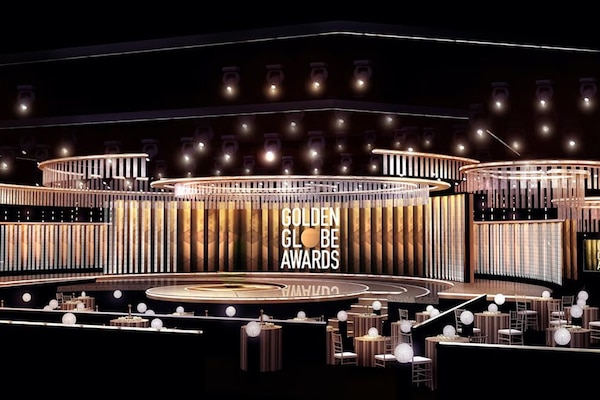 Golden Globes, the famed award show which is usually held in the luxurious Beverly Hilton hotel in Los Angeles, took to the internet this year, needless to say because of the COVID-19 pandemic. But while the award show missed onto its fancy venue, it wasn't short on glamour and glitz in any other way. Both, presenters and winners appeared virtually in their elaborate dresses and well-cut suits, and attended an evening which was only occasionally halted because of a microphone on mute and such other.

With cinema halls shut, the entertainment industry took the virtual route last year, much like every other trade, and saw television programmes as well as films being released on streaming services rather than the big screen. While just three years ago, in 2018, the OTT industry was valued at nearly USD 110.1 billion, Research Dive, a market research firm based in Pune, is estimating the worth to shoot up to USD 438.5 billion by 2026.  Little to wonder then, that why and how did Netflix, Disney, and the likes left everyone else behind.

Here are the stars from the evening and what they are all about.

The star of the 78th edition of the entertainment awards was Netflix's controversial show The Crown, which took home awards in four categories including one for Best Television Series (Drama).

As per Netflix, “this drama follows the political rivalries and romance of Queen Elizabeth II's reign and the events that shaped the second half of the 20th century.” The Crown also tracks England's longest reigning monarch up to the present day and showcases other important political figures from the country.

The period piece has been praised for its attention to detail including the nitty-gritties in the storytelling, fancy costumes, mega sets, and some excellent cinematography alongside powerful performances by the main cast and supporting actors. Interestingly, shooting for the fourth season of this celebrated series was halted and was later released sans two weeks' worth of filming. Nevertheless, the show was welcomed with an open heart by the netizens.

Queen's Gambit was another of Netflix's show in the limelight. It took home two top prizes, one for Best Limited Series and the other for Best Actress in a Limited Series.

The Queen's Gambit stars Taylor-Joy as Beth Harmon, a chess prodigy and showcases her journey to stardom as she struggles with addictions.

It's a seven part mini-series adapted from a well-reviewed, if not widely known 1983 eponymous novel by Walter Tevis.

A dramatic spike in the number of chess players scratching their brains off in the online chess rooms was observed shortly after the series aired.

Schitt's Creek that bagged the award for Best TV Comedy is a Canadian sitcom filmed around an extravagantly rich Rose family, which goes broke and is forced to live in a motel in a town they once bought as a joke, Schitt's Creek.

A story of riches to rags, Schitt's Creek has been hailed by some reviewers as one of the best comedies of last decade. It premiered in 2015 on CBC in Canada and Pop TV in America, and on Netflix in 2017, from where it garnered global attention.

Among other impressive elements of this entertaining series is the unique vocabulary of one of the main characters, which baffled the viewers. It was later disclosed that these unique words were picked from various arcade dictionaries.

Leading the race is also Disney's Nomadland that grabbed the top award, Best Dramatic Motion Picture, and has also won accolades at the Venice and Toronto film festivals.

Nomadland is based on a 2017 non-fiction book of the same name, by Jessica Bruder. It is an account of post-recession contemporary nomads, most of them from the American workforce. The film stars a fictional Fern as she makes and manages her new life on the road, working various jobs, meeting and befriending fellow nomads and adjusting to her new normal.

The film's director, Chloe Zhao won the Best Director award for Nomadland, becoming the first woman of colour - Asian descent - and only the second woman ever to win the title.

Amazon's Borat Subsequent Moviefilm or the Borat Subsequent Moviefilm: Delivery of Prodigious Bribe to American Regime for Make Benefit Once Glorious Nation of Kazakhstan won the Best Picture, Musical or Comedy. A sequel to 2006's Borat: Cultural Learnings of America for Make Benefit Glorious Nation of Kazakhstan, it is a mockumentary comedy.

Borat Subsequent Moviefilm stars Sacha Baron Cohen as the fictional Kazakhstani journalist and television personality Borat Sagdiyev, and Maria Bakalova as his daughter Tutar. Tutar is offered as a bride to former US Vice President Mike Pence during the COVID-19 pandemic and the 2020 presidential election.

British actor and comedian Sacha Baron Cohen has been cited expressing his desire to quit from his controversial character of Borat Sagdiyev, as portraying it "got too dangerous".