This series of Google Doodle throwback seems to be a quite interesting way to kill the lockdown boredom. 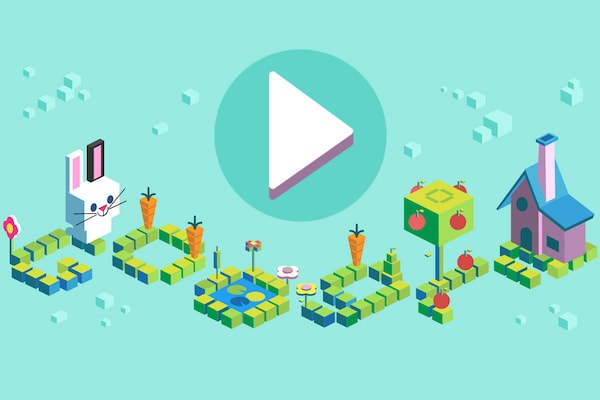 In its initiative to combat lockdown boredom, Google has put together some of its most popular doodles on a single page allowing people to go online and have some fun.

Google Doodles have always been the talk of the internet town and those creative animations never fail to impress.

Previously these fun Google Doodles were neither hyperlinked nor animated and were simple images to illustrate a subject. However, with time Google came up with rather interesting and entertaining Google Doodles.

And while people are engaging themselves in playing around on the internet, we thought we'd share some fun facts about the digital and fun artwork that are Google Doodles.

What are Google Doodles?

A Google Doodle is a temporary alteration in the Google logo that appears on Google's homepage. The Google Doodle is intended to commemorate some special occasion, celebrate the birth of a legend, pay tribute to an artist, acknowledge a holiday or anything that's trending.

When Was the First Google Doodle Launched?

The first Google Doodle was born in the summer of 1998 even before the company was incorporated. The concept was born when Google founders Larry and Sergey played with the corporate logo to indicate their attendance at the Burning Man festival in the Nevada desert. They placed a stick figure drawing behind the 2nd "o" in the word, Google, and the revised logo was intended as a comical message to Google users that the founders were "out of office." While the first doodle was relatively simple, the idea of decorating the company logo to celebrate notable events was born.

Why is Google Doodle Trending?

Amid the Coronavirus outbreak in the world, most of the countries have resorted to complete lockdown to restrict the spread of the Covid-19 disease. In order to help people overcome the lockdown blues, Google has come up with an interesting move. It has launched a series of throwback of popular Google Doodle games.

Google is now sharing some of its most popular Google Doodle games from the past. The first Google Doodle in this series was Coding for Carrots that was first launched in the year 2017 to celebrate the 50th anniversary of LOGO the first-ever coding language developed for children.

The third Google Doodle is less of a game and more of an experience. It celebrated the 117th birthday of Oscar Fischinger- German-American abstract animator, filmmaker, and painter. This Google Doodle game allows you to create a music of your own by clicking at random points on the animation.

Google Doodle today features Clara Rockmore, with the help of this doodle you can create your own music piece using a musical instrument from the 1930's.

Google has decided to come up with new Google Doodle games every day for a period of two weeks.