Google To Launch Its First 5G Smartphones In October

Google has decided to launch its first 5G smartphones- Google Pixel 4a (5G) and Google Pixel 5 towards the beginning of the fall. The smartphones can be pre-booked in the US, as of now. 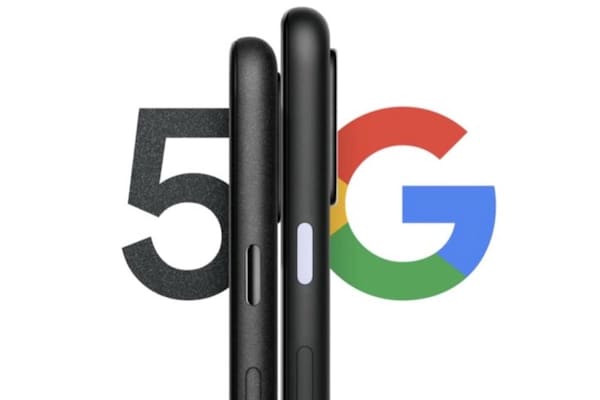 Expanding its foot in the market, the tech-giant, Google has announced 5G smartphones - Pixel 4a (5G) and Pixel 5, to be released in October, 2020. These smartphones, however, won't be released in India, which will be excluded from the pixel launching map for yet another year. Here is all that we know so far.

What has Google announced?

Alphabet Inc's Google has announced the launch of its first 5G smartphones – Pixel 4a (5G) and Pixel 5, which is most likely to happen in October 2020.

What will be the features of these smartphones?

Google hasn't officially disclosed the features. However, in one of the statements, it claims that streaming videos, downloading content and playing games on Stadia and other platforms will be smoother than ever.

From the teaser poster released by Google, Pixel 5 appears to be smaller than 4a (5G). The thickness and rear camera bump, which is slightly bigger than that of 4a, seem to similar in both of these smartphones ready to hit the market. It is possible, though, that Pixel 5 may have two rear cameras as compared to Pixel 4(a) which might only have one.

What will be the price?

The starting range for both the smartphones will be USD 499, while the recently launched Pixel 4 smartphone hit the slab with USD 399.

How can you pre-book 5G Google smartphone?

The smartphones can be booked from both Google Store as well as Google Fi. These services are only available in the US at the moment.

Will they be available in India?

No, none of these smartphones will be available in India or even Singapore. In one of its official statements, Google declared the same claiming the decision to be “based on a variety of factors including local market trends and product features." The technology giant, however, assures, "We remain deeply committed to our current Pixel phones and look forward to bringing future Pixel devices to these countries." This isn't, however, the first time when Google excluded in its launching ventures. Last year, the Pixel 4 series was not launched in India because of Project Soli, a radar-based technology which uses 60GHz frequency which is locked in India.

What all countries will they be available in?

Both the smartphones will be available in the United States, Canada, UK, Ireland, France, Germany, Japan, Taiwan and Australia.