By entirely suspending the H-1B, L-1 visas for now, Donald Trump has finally, firmly controlled the immigration system that allows foreign nationals to come and work in the USA. 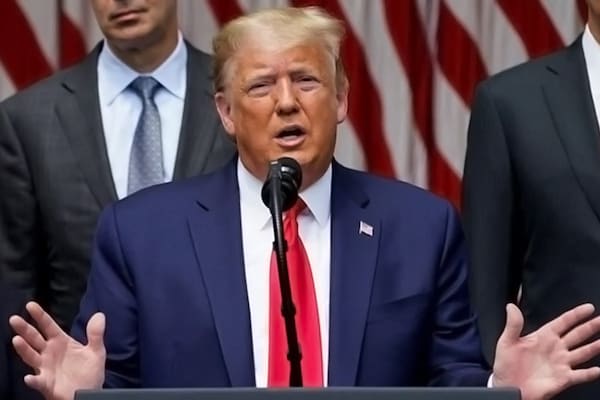 The President of the United States of America (USA) Donald Trump has announced suspension of
the H-1B visas ahead of the November presidential elections.

Hailing it as a step taken in order to help millions of Americans who have been suffering job loss due to the current crisis, the President temporarily suspended all new work visas.

In the process of making this announcement, Donald Trump has ignored any opposition from lawmakers, organisations or any other human rights bodies.

This suspension comes into effect from June 24th onwards and is expecting to impact a huge number of Indians and other IT professionals working in the USA on H-1B visas. This step will also impact many American and Indian companies who were issued H-1B visas by the government for the year 2021.

With unemployment quadrupling since February 2020, this year has seen one of the worst recorded impacts.

"Under ordinary circumstances, properly administered temporary worker programmes can provide benefits to the economy. But under the extraordinary circumstances of the economic contraction resulting from the Covid-19 outbreak, certain non-immigrant visa programmes authorising such employment pose an unusual threat to the employment of American workers," Donald Trump said.

"The entry of additional workers through the H-1B, H-2B, J, and L1 non-immigrant visa programmes, therefore, presents a significant threat to employment opportunities for Americans affected by the extraordinary economic disruptions caused by the Covid-19 outbreak," Donald Trump said.

This suspension limits entry into the USA of H-1B, H-2B and L1 visas and their dependents till December 31, 2020. It also includes certain categories of J visas like an intern, trainee, teacher, camp counselor, or summer work travel programme.

This new rule is applicable only to those who are outside the USA, and do not have a valid non-immigrant visa and an official travel document.

This change will not have any impact on lawful permanent residents of the USA  or foreign nationals who are spouses or child of an American citizen.

The Trump Administration has also mentioned that they will reform the immigration system to keep the highest-skilled workers and protect American jobs on priority. There is also a mention of making this a merit based system and to get rid of the lottery system in visa allotment.

For the latest deals, offers and news, follow HotDeals360 on Facebook, Twitter, Instagram, Google News and subscribe to our YouTube channel.
The HotDeals360 team writes about stuff we think you'll like. HotDeals360 has affiliate partnerships, so we get a share of the revenue from your purchase.
Topic
H-1B visa rules H-1B visa issue H-1B and L-1 Visa Reform Act H-1B and L-1 visa suspension
More From News
Advertisement
Fear of Missing Out Best Deals?
Subscribe to our newsletter. Now!
Trending
Latest
Quick Links
Trending
Latest