Heart Throb Of Bollywood, Rishi Kapoor Passes Away at 67

Rishi Kapoor succumbs to leukaemia at 67 after a long battle with the disease. 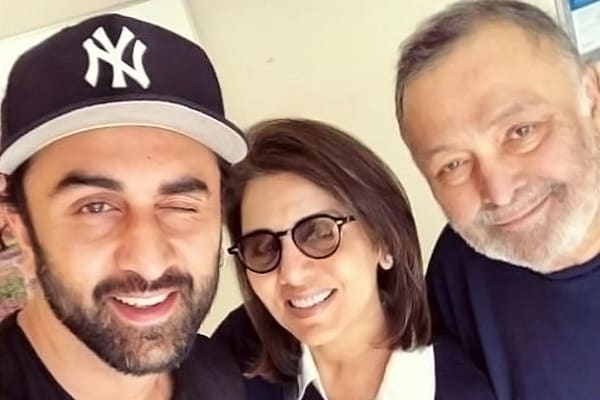 Heart Throb Of Bollywood, Rishi Kapoor Passes Away at 67

The original chocolate boy of Bollywood aka – “Chintoo” – Rishi Kapoor passed away after a two year long battle with leukaemia on April 30, 2020. His brother Randhir Kapoor confirmed the news this morning. Hospital staff at H N Reliance hospital confirmed the news too and fondly remembered the actor saying he kept entertaining everyone till his last minute.

Rishi Kapoor is survived by Neetu Singh his wife, son Ranbir Kapoor and daughter Ridhima Kapoor. Rishi Kapoor had been undergoing treatment in the United States for over a year and he had returned back in September 2019 after a long treatment and recovery period.

With the many restrictions that the world and India is under due to the current situation of Coronavirus, there will be restricted public gatherings and movements for the funeral.

Rishi Kapoor was a wonderful actor and with the amount of fan following he has the family requests everyone to please obey rules and convey wishes and condolences from distance.

Celebrities came out to pay their condolences on twitter. Here is what some of them had to say.

Multifaceted, endearing and lively...this was Rishi Kapoor Ji. He was a powerhouse of talent. I will always recall our interactions, even on social media. He was passionate about films and India's progress. Anguished by his demise. Condolences to his family and fans. Om Shanti.

I'm at an absolute & total loss for words.Holding this phone in disbelief. Yesterday Irrfan and now .... Gutted , sad , heartbroken .I truly believed you'll come out of this .You will be missed , Sir . RIP . Om Shanti.

This is unreal and unbelievable. Yesterday Irrfan Khan and today Rishi Kapoor ji. It's hard to accept this as a legend passes away today. My condolences to the family and may his soul rest in peace ????????

My heart is so heavy. This is the end of an era. #Rishisir your candid heart and immeasurable talent will never be encountered again. Such a privilege to have known you even a little bit. My condolences to Neetu maam, Ridhima, Ranbir and the rest of the family. Rest in peace Sir. pic.twitter.com/TR6GVSN4m7

When you lose a parent you gain a god....