Bollywood pours in condolences for the sad demise of veteran choreographer Saroj Khan. She had ruled the dance and music industry for over four decades. 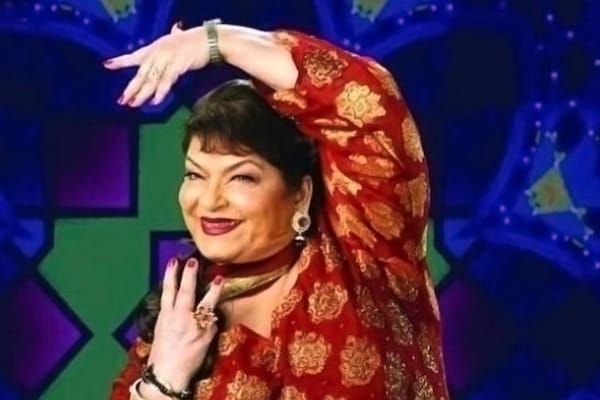 Veteran Bollywood choreographer Saroj Khan, popularly known as 'Master Ji', has died of a cardiac arrest in a Mumbai hospital on Friday. Master Ji was admitted to Guru Nanak Hospital on June 20 after complaining of trouble in breathing. She was even tested for COVID, but the reports came out negative.

Khan's condition deteriorated on Thursday night in the ICU. She breathed her last around 2:30 am on Friday. "She passed away due to cardiac arrest at around 2.30 am at the hospital," Saroj Khan's nephew Manish Jagwani told news agency PTI.

In a career spanning over four decades, Khan is credited with choreographing more than 2,000 songs. Winner of National Award for three times, she has choreographed some of the most memorable dance numbers including Dola Re Dola from Devdas, Ek Do Teen from Madhuri Dixit's Tezaab and Ye Ishq Haaye from Jab We Met. Her last choreography was for Madhuri Dixit, with whom she shared a special bond.

As soon as the news of her demise was confirmed, condolences started pouring in over social media from the film fraternity, her well-wishers, and fans. Here's look on what stars like Madhuri Dixit, Akshay Kumar, Sonam Kapoor and others have to say about their beloved Master Ji.

I'm devastated & at an utter loss of words today! Saroj ji was part of my journey since the beginning. She taught me a lot, not just about dance but so much more. There's a rush of memories in my head thinking of this big personal loss. My heartfelt condolences to the family ????

I'm devastated by the loss of my friend and guru, Saroj Khan. Will always be grateful for her work in helping me reach my full potential in dance. The world has lost an amazingly talented person. I will miss you???? My sincere condolences to the family. #RIPSarojji

Woke up to the sad news that legendary choreographer #SarojKhan ji is no more. She made dance look easy almost like anybody can dance, a huge loss for the industry. May her soul rest in peace ????????

A true Legend. Thankyou for all the iconic dances and expressions. My heartfelt condolences to her family and loved ones. We will miss Saroj Khan Ji ????????

Rest in peace Sarojji.. u were an inspiration to many, myself included. Thank you for the songs???????? #SarojKhan

RIP #SarojKhan ji... An ace choreographer... A trendsetter, with innumerable memorable songs to her credit... End of an era. pic.twitter.com/pP5mRITvcJ

She was the “Mother of choreography in india"
Our Guru ji! ❤️
Sad sad May her soul rest in peace #SarojKhan #OmShanti ???????? pic.twitter.com/raZIyvFG81

A rare artist & an exceptional Guru, #SarojKhan ji has played crucial roles in many superstars journeys, giving memorable choreographies in Jugni from TWM, Ghani Bawari from TWMR & very recent lullaby Taktaki from Manikarnika, Kangana will always be indebted to her contribution???? pic.twitter.com/kI8iXCpp5A

Some Interesting Facts About Saroj Khan