MS Dhoni: A Throwback To The Life And Works Of the Captain Cool

Mahendra Singh Dhoni, India's world cup winning captain announced his retirement from international cricket through a social media post. However, the legend will be seen leading the Chennai Super Kings team in the Indian Premier League. 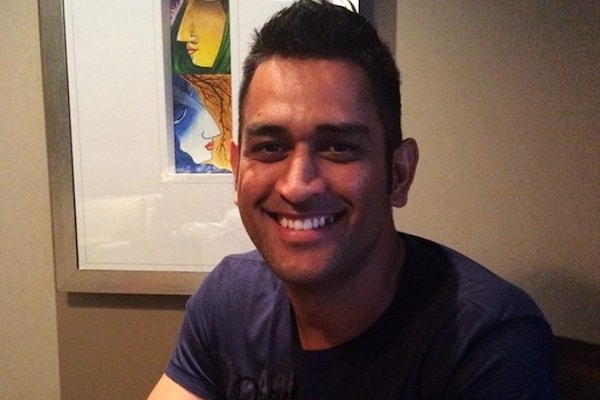 MS Dhoni, one of the most successful and loved Indian cricketers and former captain of the national cricket team, announced his retirement through a social media post on the eve of August 15, India's 74th Independence Day.

In a very subtle fashion, without any fanfare, the former Indian skipper took to Instagram and shared a video with a caption. “Thanks a lot for your love and support throughout. From 1929 hrs consider me as retired," he wrote.

Sad as this sudden retirement might be for Dhoni's fans from across the world, it did not come as a shock for people from the fraternity, who had been long anticipating this. The quiet way in which Dhoni stepped down, did not amaze them either, for everyone, on or off the ground, had been familiar with the former captain's down-to-earth demeanor.

Here is a look at this humble cricketer's larger-than-life journey.

Dhoni was born in Ranchi, Bihar (now in Jharkhand). Since his childhood, he had been a huge fan of former legendary Australian wicket-keeper and batsman Adam Gilchrist, as well as Sachin Tendulkar. During his schooldays, Dhoni used to be a goal-keeper in the school football team; but soon saw himself playing cricket for a local cricket club, following the guidance of his coach at school.

As a wicket-keeper batsman, Dhoni impressed spectators, teammates, and coaches. Dhoni's club cricket performance helped him play 1997-98 Vinoo Mankad Trophy Under-16 Championship. In this tournament, Dhoni performed rather well with his bat, amazing all spectators. After this performance, Dhoni started focusing on making a career in cricket.

In 1998-99, then 18 year old, Dhoni made his Ranji Trophy debut for Bihar against Assam. He made an impressive 68 runs in the second innings. In his first Ranji Trophy tournament, he made 283 runs in five matches.

After playing first-class cricket for four years, Dhoni got selected for India A squad for the tour of Zimbabwe and Kenya in 2003-04. The tournament was played between three teams- India A, Pakistan A, and Zimbabwe A.

On December 23, 2004, Dhoni made his ODI debut against Bangladesh, but scored duck by getting run out. Finally, the series against Pakistan in 2005 showed the caliber of Dhoni. In the second ODI against Pakistan, he scored a magnificent 148 in just 123 deliveries. Again after seven months, against Sri Lanka, Dhoni delivered his career's best ODI score 183 at Sawai Man Singh Stadium in Jaipur, Rajasthan. With 346 runs, Dhoni was the highest run-scorer of the series. The wicket-keeper batsman continued his performance with the bat in 2006. Alongside Yuvraj Singh, Dhoni played a crucial role in India's domination against Pakistan on its home soil in the ODI series. With these performances, Dhoni overtook the then Australian skipper Ricky Ponting as the number one batsman in ICC ODI rankings. Dhoni's good performance in ODIs earned him a spot in ICC ODI World XI.

Finally, the Indian team arrived in West Indies for the biggest cricketing event- the ICC World Cup 2007. Indian team delivered a dismal performance in the world cup by getting knocked-out from the first stage of the tournament. The poor performance against Bangladesh shocked disappointed cricket fans. In his first world cup, Dhoni scored only twenty-nine runs with two ducks in lost matches against Sri Lanka and Bangladesh. 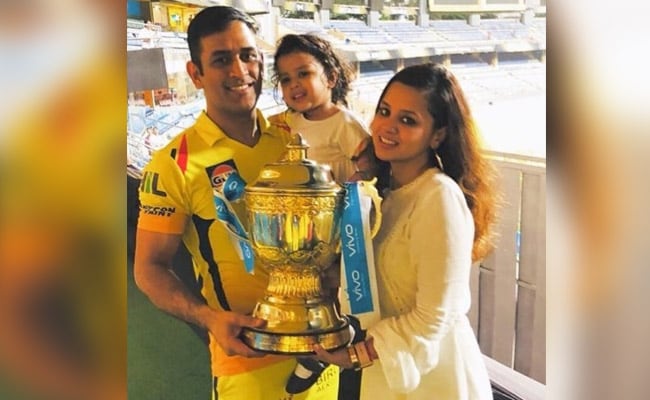 Dhoni's Success As A Captain

For the first T20 World Cup 2007, a young team was selected by the BCCI. The in-charge of this young team was MS Dhoni. India won the T20 world cup by beating top teams such as Australia, England, South Africa, and Pakistan. After the T20 world cup, it was under Dhoni's captaincy that India won its first ODI series in Australian and New Zealand. After a gap of 15 years, India also won the Asia Cup by beating Sri Lanka in Sri Lanka. Under Dhoni's captaincy, India also became the world's number one test team by beating Sri Lanka in December 2009.

After experiencing the captaincy for three and a half years, Dhoni had to face the pressure of defeating the world's best teams at home in the mega cricketing event- the  ICC World Cup 2011. The first match was won by India against Bangladesh by 87 runs. The next match against England went for a tie. After the match against England, India faced Ireland and The Netherlands, both the matches were won by India, but the weaknesses of Indian batsmen were exposed.

Dhoni along with other Indian players was strongly criticised by critics and media. The critics became stronger when India lost a big match against South Africa in Nagpur. The match against South Africa exposed Indian batting line-up totally. After scoring lost 267 runs for just one wicket, India lost nine wickets in the last power-play of the innings. Though, India qualified for the quarter-finals by defeating West Indies in the last match of the group stage.

In quarter-finals, India had to face the defending champions Australia. India won the match by five wickets, half-centuries by Tendulkar, Yuvraj, and Gambhir helped India win the match comfortably. After defeating Australia in quarter-finals, India had to face arch-rivals Pakistan at Mohali in semi-finals. The match was watched by the prime ministers of both the countries.

Dhoni, as a captain, had to maintain the undefeatable streak against Pakistan, and indeed he did. In the 2011 world cup, India won the world cup after 28 years under Dhoni's captaincy, his performance being praised by cricketers from all around the world. 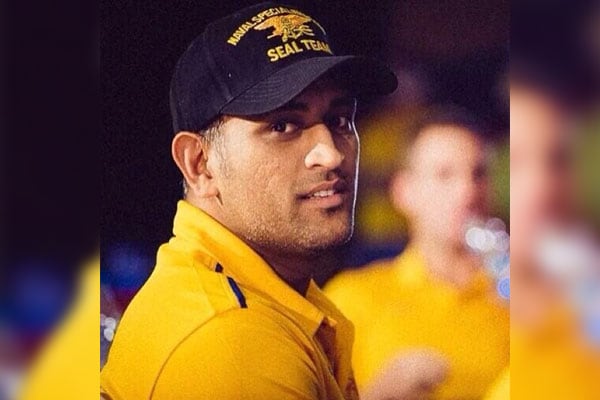 In 2011, India won the world cup after 28 years under the captaincy of Dhoni

After the 2011 world cup, Dhoni's captaincy faced strong criticism because of India's poor performance in test cricket on English and Australian soil. India also lost a home series against Pakistan by 1-2 in 2013. But the same year, under Dhoni's captaincy India won ICC Champions Trophy 2013 by defeating England in the final match. With this win, Dhoni also achieved a record of winning three different ICC trophies as a captain. In December 2014, Dhoni announced the retirement from test cricket. Again in the 2015 world cup in Australia, India, Australia, and South Africa arrived as favourites. India topped the group stage by beating strong teams such as South Africa, West Indies, and Pakistan but in a big semi-final match against Australia, India got defeated by 95 runs. Dhoni scored a half-century in this match.

After leading India for almost nine years, Dhoni left ODI captaincy in January 2017. After leaving captaincy, Dhoni faced heavy criticism for scoring slow in the middle overs. In June 2019, Sachin Tendulkar criticiced Dhoni for batting with a lack of intent in the middle overs. Not only Tendulkar but also the former legendary cricketer VVS Laxman, raised questions on the batting strike rate of Dhoni.

Finally, on August 15, Dhoni put a full stop to his international cricket career. After his announcement of retirement, many prominent personalities such as cricketers Sachin Tendulkar, Gautam Gambhir, ministers such as Amit Shah, as well as actors Ranveer Singh, and Kamal Hassan congratulated him for his successful cricketing career.

Dhoni's last international match was against New Zealand in the 2019 World Cup semi-final. After that match, Dhoni did not feature in the blue jersey, on the grounds, again. And although he has bid adieu to international cricket, to the relief of his fans, he will be seen in the yellow jersey of Chennai Super Kings for the upcoming 13th edition of the Indian Premier League in the United Arab Emirates.