Countries across the globe are now progressing towards reopening borders and allowing air travel. Where can people travel, and what else do you need to know? 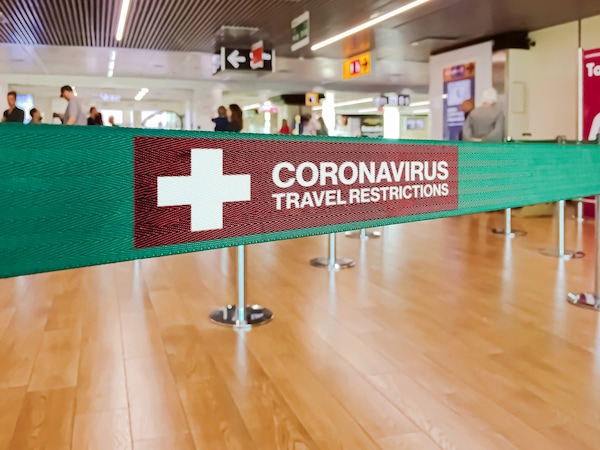 International travel is starting to resume again after COVID-19 lockdowns were set up to prevent the spread of coronavirus. But is this safe? As the world tries to come back to normal — or rather, adapt to the new normal — the skies are opening up again.

Here are some of the places that are now welcoming tourists — along with some measures put in place to ensure safety. Check with the list below to see if destinations that interest you are accepting travellers:

1. India: After successfully reopening domestic travel in the country, and bringing back stranded Indians via the Vande Bharat Mission, India is now progressing towards re-starting international flights. India is establishing bilateral "air bubbles" or a travel corridor with countries that wish to reopen their borders and re-establish connections with India. The first flight under the programme will take off from Delhi's Indira Gandhi International Airport (IGIA) at 1.15 am on Wednesday for Washington. A flight from Washington will also be the first one to land at the IGIA under the newly announced bilateral arrangement. Previously, it had been hinted that whenever international travel resumes, a big chunk of the traffic demand shall arise for the United States of America, likely making it the first country where flights could go to from India. Air bubbles have also been established with France and Germany, and will only permit spouses and children of French and German citizens to travel.

2. European Union (EU): The EU, in order to save its peak tourism season, has decided to open its borders for non-mandatory or leisure travel. Starting today, travellers from 14 countries can travel to the 27 EU member nations. These 14 countries are the ones that have been identified by the EU as “safe” countries, or nations where the coronavirus situation is relatively stable or improving. This list is not set in stone, and will instead be looked into every two weeks, and revised according to the changing statistics in every country. For now, the list includes Algeria, Australia, Canada, Georgia, Japan, Montenegro, Morocco, New Zealand, Rwanda, Serbia, South Korea, Thailand, Tunisia, and Uruguay. The list does not include India, Brazil, Russia, and the USA, where the situation vis-à-vis the COVID-19 pandemic is still serious. China will be included in the list, only if it allows tourists from the EU.

3. United Kingdom: The prospect of travelling abroad is still unclear for the Britons. However, the UK government is planning to introduce ‘air bridges' with a number of European destinations, allowing people in the UK to travel to select countries in Europe that have a low infection rate and where the spread of the coronavirus is under control. Italy, France, Spain, and Greece are on the list, and more destinations will be added to the list depending on the spread of the virus in those countries. While an air bridge for Australia seems to be underway, an air bridge for India seems unlikely anytime soon.

4. Canada: Although lockdown has been in eased in Canada, and the locals can now step out in a much freer fashion, travelling to Canada remains restricted. Ottawa has extended the incumbent ban on international travel uptil July 31, in order to safeguard Canadians from COVID-19. Canada had implemented a ban on entry of all travellers who are not Canadian citizens or permanent residents in mid-March. The ban also prohibits non-essential travel between Canada and the United States until July 21. Canada has also re-instated its Quarantine Act, which requires travellers to self-isolate for 14 days upon their arrival in Canada. This act will be valid uptil August 31.

5. United Arab Emirates (UAE): Travellers will be allowed to fly in and out of Dubai starting July 7. Emirates airlines will be operating passenger flights, albeit in a restricted manner, and will be flying passengers from select destinations to Dubai. Residents of Dubai will be allowed to return to the emirate after an approval from the General Directorate of Residency and Foreign Affairs (GDRFA), through the Emirates airline. Visa holders from other emirates will also need approvals from the Federal Authority of Identity and Citizenship (ICA) before travelling to the UAE. Any tourists visiting Dubai will have to undergo a Polymerase Chain Reaction Test or PCR, which is a COVID-19 test accepted in the UAE, and can also be done at the airport itself. Travelling within the country, to various emirates is allowed. Restaurants and hotels have opened up in all emirates, while beaches and other public places in some. Public offices have resumed, as well.

6. The Bahamas: The island nation has been welcoming private yachts and planes since June 15, but is now allowing commercial tourism as well. Visitors must fill out an ‘electronic health visa' before they arrive and provide a negative Covid-19 test result from within ten days of arrival.

7. Thailand: This Asian nation is also opening up for foreigners with work permits, residency or families in the country. People seeking certain types of medical treatment may also be allowed in, as will those travelling from Japan, South Korea, Singapore, China and Hong Kong for business. However, all arrivals will have to go into a two week's quarantine.

8. The Maldives: A popular tourist destination for Indians, Maldives is open for tourism, however with restrictions. Travellers should only stay at one resort or hotel during their visit. Visa will be on arrival and subject to thermal screening.