Corona test is being carried for all those attending the Rath Yatra Festival. The Odisha government taking into consideration the orders of the Supreme Court has taken stern steps to avoid crowd and maintain precautions during the festival. 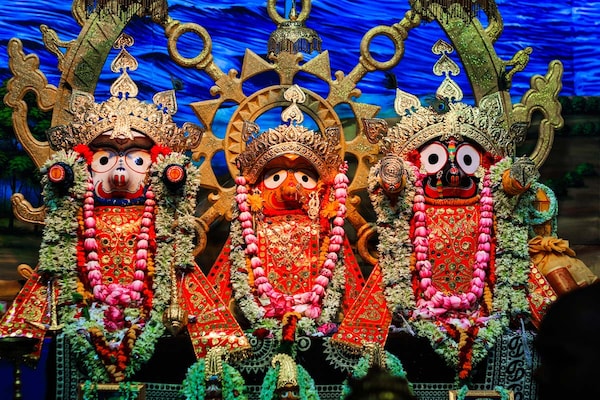 The auspicious festival of Rath Yatra is held in Odisha's Puri which marks the journey of Lord Jagannath, Lord Balbhadra and Goddess Subadhra from their actual abode, the Puri Jagannath Temple to the Gundicha temple. This annual festival is also known as the Chariot Festival and is celebrated with much zeal and enthusiasm across the country.

Usually, more than ten lakh devotees from across the nation and abroad gather in Puri to take part in the festival. However, this year due to the Supreme Court's order the annual Jagannath Puri Rath Yatra will be held only with coordination of temple committee, state and central Governments without compromising on health issues. The court has also given a free hand to the Odisha government to stop the Yatra of the situation goes out of control. The court has ordered that only 500 people could be a part of the procession. As per the Hindu calendar, Rath Yatra commences on the Dwitiya Tithi during Shukla Paksha of Ashada month.

Several stories are associated with the history of Jagannath Yatra. It is believed that Lord Jagannath (popularly known as Lord Krishna) every year wishes to visit his birthplace. Another story says that Lord Krishna's maternal uncle Kansa invited Lord Krishna and Lord Balram to Mathura to kill them and sent Akrur with a chariot to Gokul. The day of their departure from Mathura is celebrated as Rath Yatra.

The other legendry tales believe that Lord Krishna's siblings, elder brother Balabhadra and younger sister Subhadra, walked into the Dwarka sea carrying his half-cremated body. At the same moment, in some other part of India, King Indrayumna had a dream that Krishna's body had floated to his shores as a log and that he should build statues of Krishna, Balabhadra and Subhadra.

Significance and Rituals of the Jagannath Puri Rath Yatra

Lord Jagannath also known as the 'Lord of the Universe' leaves his abode along with siblings Balbhadra and Subadhra for Gundicha Mata's Temple. The Temple was built by King Indradyumna in memory of his beloved wife Queen Gundicha. Since then every year during the Rath Yatra the King of Puri sweeps the chariots with a broom having gold handle as a part of 'Chhera Pahanra' ritual.

This year due to the spread of COVID-19 pandemic the Supreme Court has put a lot of restrictions on the procession and the number of attendees. Curfew has been imposed in Puri and people are not being allowed to move out of their houses. The Odisha government has also sealed its borders and has urged the devotees to catch the live telecast of the Rath Yatra on television.