The Mughal Gardens of Kashmir make for quite a sight to behold! These stretches of heaven may soon be added to the list of UNESCO world heritage sites. Discover more about the gardens below. 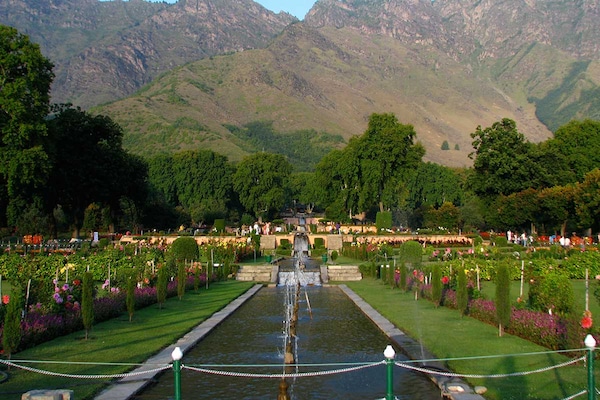 The Mughal Gardens of Kashmir are undergoing restoration work at present

The beautiful Mughal Gardens of Kashmir seem to come straight from the land of fairies. Lush green stretches, romantic fountains, dazzling lilies, rainbows in the form of flowers, colourful canvas of a sky and everything beautiful one can imagine- you name it, and the gardens have already put that on the platter. With the restoration work going on at its peak in the valley, one can only think of the beauty that these gardens will offer in the coming future. The tourism board of Kashmir has been trying for long to get this rightly-deserved place recognised as a UNESCO world heritage site and has doubled the efforts lately. With the deck of dossier ready to knock the doors of UNESCO, the board expects the much-awaited label soon.

Last time the ministry pitched for the prestigious tag was nine years ago, in 2011. After a six-year-long restoration work, officials from UNESCO did pay a visit to the gardens and closely examined the Mughal heritage inter-wined in the luscious serpentines of nature.

“In 2011, six of these gardens were in the tentative list of Heritage sites presented by the UNESCO," boasts Farooq Ahmad Rather, the director of Jammu&Kashmir's Department of Floriculture, under which the restoration work was done

The locals anticipate a boost in tourism, and subsequent upliftment of the valley's economy via tourism, once the recognition by UNESCO is ensured. “These gardens should be given UNESCO's consideration. We are proud of our culture. It is a matter of joy for us when tourists visit the Union Territory,” shared Mohamad Ayoub, a local, with NDTV.

Already a hit amongst the tourists visiting the valley, it wouldn't be wrong to call these gardens a melting pot of culture, beauty, and peace! Here are some of these which you can visit on your next trip to Kashmir! 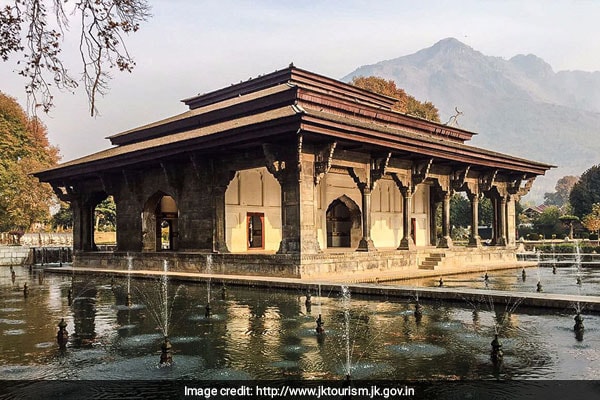 The design of this garden, sprawling over 31 acres, draws inspiration from the Persian ‘Char Bagh'

Standing pretty by the Dal Lake, Shalimar Garden is on Kashmir's finest. Carved in medieval Indo-Islamic architecture, the centuries-old structures boasting the rich Mughal heritage overlook the majestic hills of Kashmir's valley. The garden has four terraces and is interspersed with fantastic fountains. In the centre of the garden is its own canal system, which used to act as a water supply chain in the bygone days, and today is lined by flowers of all shades beautiful. Such is the charm of this place that Mughal emperor Jahangir, who dedicated it to his wife, once said: “If there is a paradise on earth, it is this, it is this, it is this.” He named it Farah Bakhsh (delightful garden) back then. The gardens today offer a light and sound show in the evening, between May and October. The place is usually visited during spring and autumn seasons, when the changing colours of leaves and blossoming flowers sprinkle poetry all around. 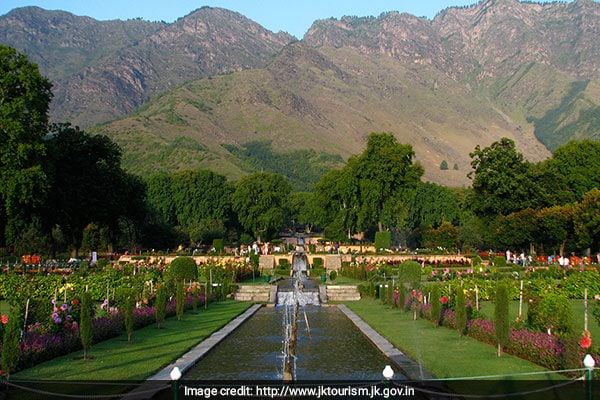 Nishat Bagh has also been an attraction for filmmakers. Parts of 2016 film Fitoor  were shot here.

Imagine sitting in an artistically crafted shikara boat snaking along the turquoise waters of Dal Lake, inching you towards the Pir Panjal range capped in white. Welcome to Kashmir's very own Nishat Bagh, the garden of bliss. Being the largest Mughal Garden of the valley, Nishat Bagh brings to the platter much more than just lush green pathways. Intelligently designed, the garden has attractive terraces, with each one representing a zodiac sign. Laid out by Mughal Empress Nur Jehan's brother, Asif Khan, against the backdrop of Zabarwan mountains the fineness of designing comes naturally to the place.  Blooming flowerbeds, spectacular canals and fountains lay the brickwork of Nishat Bagh. The shopping facilities, give the tourists to add to the souvenirs from Kashmir, which are overflowed with memories worth of a lifetime, as soon they enter these Earthly versions of the heaven. 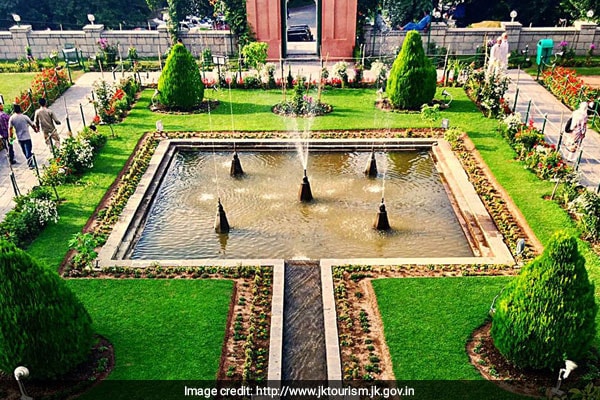 Smallest of the three Mughal gardens in Kashir, it draws inspiration from Iranian art & architecture

Another name etched in the list is that of Garden of Chashmashahi, one of the most popular ones among the royals in its days, for all the right reasons. It is a brainchild of Shah Jahan, the Mughal emperor who never shied away from expressing his love towards art and culture. Fed by the milky-white mountain springs, justifies its name Chashma, which refers to waterfall in Urdu. Like the other gardens, the Garden of Chashmashahi too has its fair share of crafted terraces, artistically mounted fountains, and flowers radiating refreshing breaths of life. The place is dotted with shaded Chinar trees. Additionally, the garden is revered among locals and tourists alike, for its freshwater spring, which is believed to have medicinal properties. It is believed that the miraculous water catapulted Mumtaz Mahal, Shah Jahan's wife, to health when medicines from around the world failed.

Some of the other Mughal gardens from the valley include Pari Mahal, Harwan Garden, and Achbal Mughal Gardens. Whether these places make it to the list of UNESCO or not, their beauty will remain unparalleled.