Lunar Eclipse on June 5th 2020: All About the Chandra Grahan

Find out all about the Lunar Eclipse- when will it occur, date and time, how can you watch it and where will it be visible from. 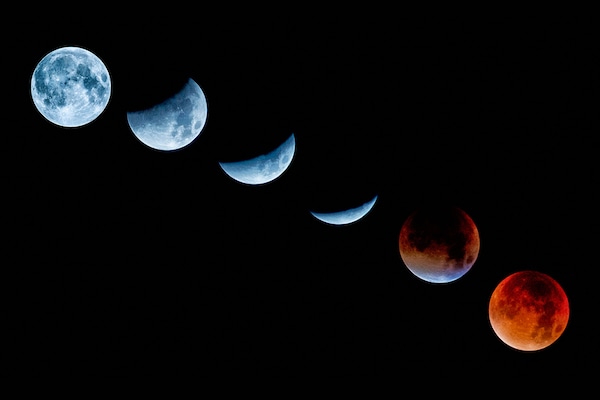 The penumbral lunar eclipse happens when the Sun, Earth, and Moon are aligned slightly differently than most other days. In this [particular alignment the Earth blocks some of the Sun's light from directly reaching the Moon, resulting in a penumbral eclipse. On June 5, many of us will get an opportunity to witness this phenomenon.

The moon moves in an orbit around earth, and simultaneously, the earth orbits around the sun. When the earth motions between the sun and the moon, NASA explains in a recent post about what a lunar eclipse is "the earth blocks the sunlight that normally is reflected by the moon. This sunlight causes the moon to shine. Instead of light hitting the moon's surface, Earth's shadow falls on it. This is an eclipse of the moon - a lunar eclipse,"

The one on June 5th will be the second lunar eclipse of the year and will be visible from parts of Europe, Africa, Asia, Australia, South East South America, Indian Ocean, Pacific, Atlantic and Antarctica.

The first Lunar eclipse of the year occurred on January 10, and two more will take place in July and November, respectively.

What time will the lunar eclipse be visible?

In India and other some countries there are some myths attached to the lunar eclipse which some of us follow.

Some Myths Busted By Science

Myths: Looking at the moon during an eclipse could cause blindness

Science: According to science people, there is nothing that could cross 150 million kilometers in the coronal light to penetrate our dense atmosphere, and cause blindness.

Myth: You must take a bath after the eclipse

Science: Science says there is no correlation between taking a bath after the eclipse and warding of the eclipse effects

Myth: Avoid eating food during the eclipse time to avoid any negative effects

Science: UV light and other such particles entering the earth atmosphere will not be any different during lunar eclipse.