Malls, Restaurants, And Religious Places Re-Open In Some States

The government has announced the three-phase unlock plans, out of which the first phase of the plan Unlock 1.0 will be executed from June 1st to 30th. In this phase public places like restaurants, shopping malls, and temples will re-open. 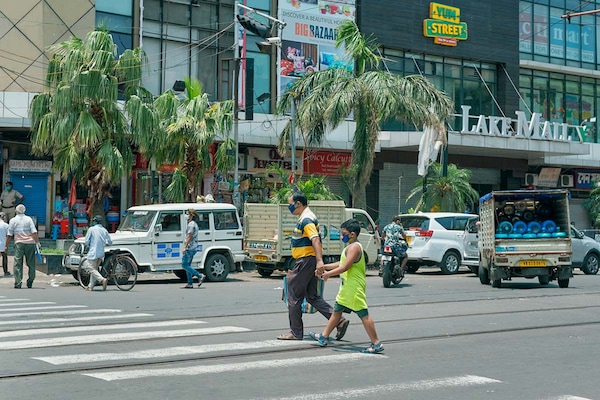 Unlock Phase 1 allows the re-opening of some public places

After more than 70 days of a nationwide lockdown, the unlock phase 1 is now being executed in the capital Delhi. According to the plan, that began on from June 8, public places such as malls, restaurants, markets, and religious houses will be allowed to open and operate.

Delhi Chief Minister Arvind Kejriwal announced that these places will open according to the the centre's guidelines, and rules such as maintaining social distancing and wearing masks will be strictly followed at these places. People visiting public places will also have to install Arogya Setu app on their mobile phones.

In religious places like temples and churches, crowd gathering will not be allowed. Touching of idols and distribution of prasad will also be prohibited. Movie theatres in malls will remain closed.

States like Goa and Karnataka are embracing this move by uplifting the lockdown with some restrictions, while other states like Madhya Pradesh, Tamil Nadu, and Punjab have decided to go ahead with the lockdown.

Offices Get Permission To Function With 100% Attendance

Offices have been allowed by the government to run with 100% attendance, but a few rules such as the use of hand sanitizers and thermal screening will be mandatory for every person visiting the office. Office staffs living in containment zones will not be allowed to enter the office until their area gets a green signal from the government. Offices will also have to paste hoardings giving a message regarding social distancing. The government has also urged offices to maintain work from home as much as possible.

Restaurants and Shopping Malls Get a Green Signal

The government has allowed restaurants and shopping malls to function with not more than 50% capacity. The government has also stated that shops in malls will have to prevent crowd by allowing minimal customers. Proper sanitation has to be maintained for the safety of visitors. Hand sanitisers should be kept at different points in the malls.

As per orders, banquet halls in the country will remain shut for now. It is said that hotels and banquets could be used as hospitals by placing beds. Cases of COVID-19 are rising, and in the future, there could be a shortage of beds in hospitals.

A day after allowing services to resume, the government has released a list of dos and don'ts. Titled COVID Appropriate Behaviours, the list was posted on Union health ministry's Twitter feed. People must now follow:

• Maintain a distance of six feet in public places

• Cover nose and mouth while coughing and sneezing

• Do not chew tobacco, khaini, etc or spit in public places