Everything You Need To Know About Microgreens

Microgreens are the tiny sprout-like seedlings that are being popularly consumed worldwide. Here is everything you need to know about these nutritive garnishings. 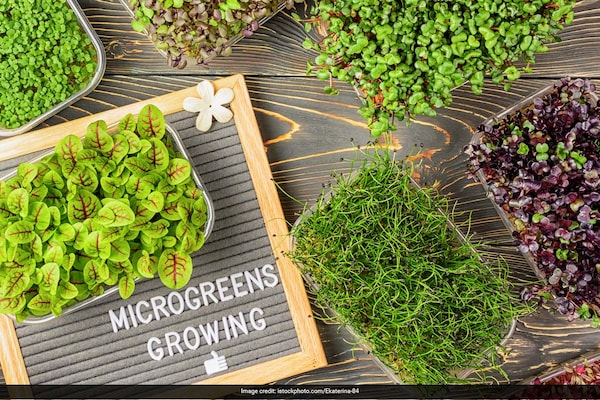 Microgreens are the small sprout-like seedlings often spotted in the garnishing of soups, salads, or even meat. Their advantages, however, aren't restricted to just fancy embellishments. Healthcare professionals are recommending this veggie confetti globally, because of its high nutritive value. Here is everything you need to know about microgreens.

Q1. What are microgreens?

Microgreens are tiny seedlings of edible plants, that eventually mature into fully grown vegetables or herbs. Packed with nutrients required for maturation and growth, these sprouts are 40 times more nutritious than a fully grown plant, as per the U.S. Department of Agriculture.

It is because of their high nutritive value that these seedings that seedlings are growing more popular than ever, worldwide. These are often harvested when just a few days or weeks old, and one to three inches tall.

Q2. How are microgreens consumed? 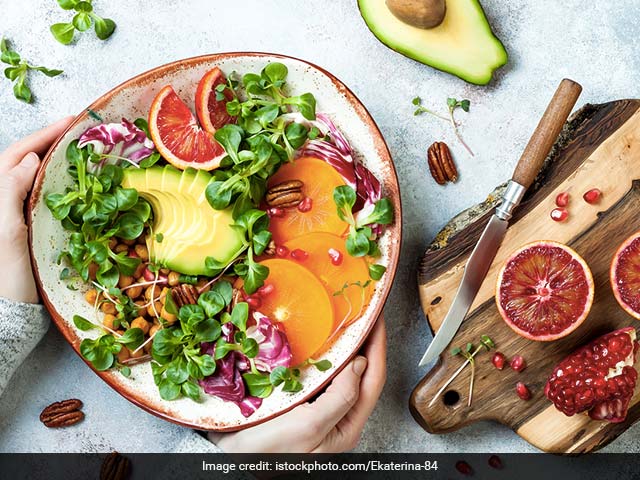 Connoisseurs from across the globe use microgreens for garnishing soups, salads, etc.

Microgreens are consumed raw can be added to salads, sandwiches, soups, dips, chutneys and juices, among many others. They are also being popularly used for garnishing several cuisines.

“Just like any other food, overdosing on microgreens too can have side-effects,” points out microgreens expert Ms Swati Jain, who is also the founder of The First Leaf- a social enterprise that works towards growing and promoting organic microgreens.

“If you're suffering from any health condition or are taking any special medicines, you should always consult a health practitioner before consuming microgreens,” she further advises.

Q3. What are its health benefits?

Although the nutrient content of microgreens varies slightly with the plant variety, all the microgreens are a power-packed source of their respective nutrients. Besides, they are also a rich source of other beneficial compounds such as anti-oxidants. Naturally, they offer many health benefits, some of which are listed below.

• Improvement of cognitive functions and protection of the nervous system

Q4. Can all the edible seeds be grown and consumed as microgreens?

Yes, almost all the edible seeds can be grown as microgreens. However, some of these varieties such as kidney beans and quinoa can be toxic and should be avoided.

Q5. Can microgreens be grown in kitchen gardens? 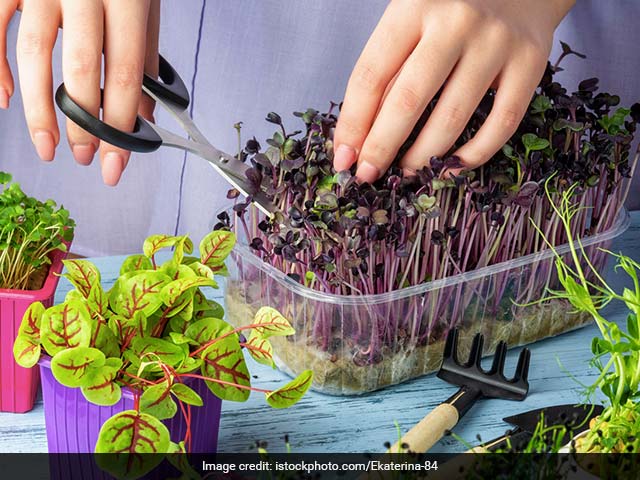 Yes, microgreens can be easily grown in kitchen gardens.

“It is best to begin with easy varieties like moong, mustard, and sesame,” suggests Jain, who also conducts regular workshops on growing microgreens from kitchen supplies.

“However, microgreens should be grown in a well-ventilated facility to prevent the occurrence of mould and pathogens. Only use organic or untreated seeds and soil/growing medium,” she further warns.

Q6. Are microgreens popular in India?

Although the microgreens have penetrated the Indian palette, they are still at a nascent stage. Popular for garnishing, they are slowly being recognized as a nutritive source as well.

“Microgreens were often dismissed as just another ‘dubious superfood', and were primarily used just as an embellishment in fine dining restaurants known only for their pleasing appearances and delightful flavours,” says Jain.

“However, the last few years have witnessed a tectonic shift in the way microgreens are perceived. There has been a rise in the number of health-conscious individuals going for microgreens. The global microgreens market is expected to grow at a compound annual growth rate of 7.67% over the forecast period to reach US$17,039.744 million in 2025,” she further shares.