Mumbai Gears Up to Brace Its First Ever Cyclone Nisarga

Cyclone Nisarga is expected to hit the western coast of Maharashtra on June 3. The cyclone is said to be the result of low pressure that is being created in the Arabian Sea. 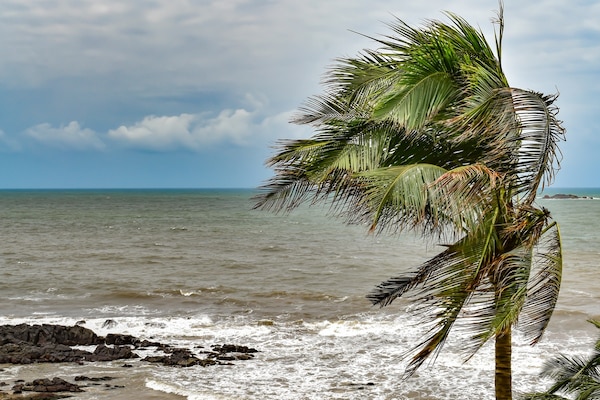 Mumbai Gears Up to Brace Its First Ever Cyclone Nisarga

The city of dreams, Mumbai has been put on red alert due to a weather phenomenon that has never happened in its history. The city is expected to face a cyclone named Nisarga in the coming days. As per the India Meteorological Department (IMD) the low pressure that's developing over the Arabian Sea is expected to intensify and turn out to be a cyclone crossing North Maharasthra and South Gujrat on June 3. The cyclone is expected to affect Mumbi when crossing Maharashtra.

The fishermen of the states have been put on alert and have been advised not to go into the sea. The residents of the low lying coastal areas have also been evacuated and moved to safer places by the National Disaster Relief Force (NDRF). Power supply might also be disrupted in these areas.

As the state prepares to combat the upcoming cyclone Nisarga, 13 boats of Palghar fishermen is believed to be out in the sea. Efforts by the NDRF and local authorities are being made to bring these fishermen back safely before the cyclone hits the coasts. The state government has also issued an advisory for the fishermen with all the do's and don'ts. Several NDRF teams have been deployed at various places in Maharashtra.

IMD in its tweet said "The Low-pressure area intensified into a depression this morning. To intensify into a Cyclonic Storm and cross North Maharashtra and South Gujarat coast during 3rd June evening/night."

As per the IMD, the cyclone that is around 700 km of Mumbai is expected to have a speed of 105-110 kmph when it crosses the coast on the evening of June 3.

Mumbai in its history has never faced a cyclone. As per climate experts, unplanned urban development and destruction of mangroves are to be blamed for climate change that has made cyclones more intense and stronger here.

With so many problems arising in the year 2020, Bollywood celebs and other prominent personalities have also expressed their concern over the upcoming cyclone.

Looking out at the world and thinking how The rains always give me a feeling on hope! I pray the cyclone warning for Mumbai and Maharashtra Gujrat doesn't harm anyone! ????#mumbairains #stayhomestaysafe pic.twitter.com/7ddIaJv9Be

Dear 2020,
so far you have been a cluster f*ck of calamities. So... Cyclone #Nisarga, please be kind !
Koi aane ko hai re baba !!! #BeSafeOutThere #mumbai pic.twitter.com/uQekaUHeUU

Mumbai On Alert As Nisarga, City's 2nd Cyclone In A Century, Closes In.
A cyclonic storm like this over the Arabian Sea has almost never happened in June.
And this is also India's worse hit coronavirus area.
https://t.co/vzCpoi9xaD

The Maharashtra government is taking all the necessary precautions to ensure zero casualties. Apart from fishermen, other citizens of the state have also been advised to stay indoors and avoid adhering to any rumours related to the cyclone and its updates.

For the latest deals, offers and news, follow HotDeals360 on Facebook, Twitter, Instagram, Google News and subscribe to our YouTube channel.
The HotDeals360 team writes about stuff we think you'll like. HotDeals360 has affiliate partnerships, so we get a share of the revenue from your purchase.
Topic
Mumbai Gears Up to Brace Its First Ever Cyclone Cyclone in Mumbai Cyclone Preparadness
More From News
Advertisement
Follow Us
Fear of Missing Out Best Deals?
Subscribe to our newsletter. Now!
Trending
Latest
Quick Links
Trending
Latest