The Food Safety and Standards Authority of India (FSSAI) has drafted a notification, which bars non-dairy and plant-based dairy products including soya milk and almond milk from using the word "milk" on product labels. 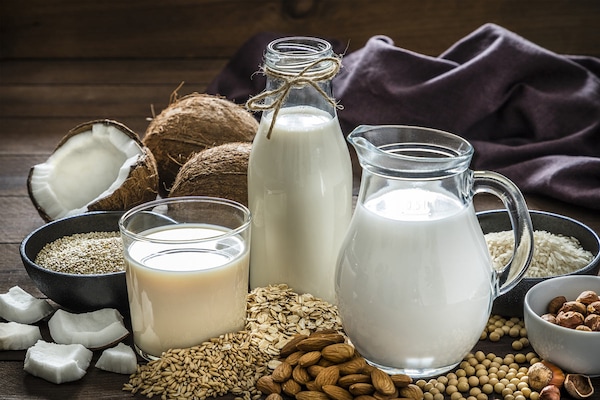 The product labels of plant-based dairy products, as well as non-dairy products, may have to stop using the word “milk”, as per a latest notification by The Food Safety and Standards Authority of India (FSSAI). These products include non-dairy cheese an ice-cream, soya milk, almond milk, oats milk, coconut milk, hemp milk, and cashew milk among others, sold by leading brands such as Hershey and Raw Pressery. Such products are particularly savoured by lactose-intolerant and dairy-allergic people, who can enjoy a glass of “milk” through these substitutes only. The FSSAI has decided to restrict the word to animal-derived milk and its products.

Is The Industry Ready For This Move?

The move has been thrown open to feedback for a month and has already attracted mixed responses. Many from the industry have expressed a strong condemn against the move claiming it to be “regressive and detrimental.” Taking into consideration the fact that these products have been adorning the market shelves for long now, some may even believe that the move will unleash a state of confusion and chaos among the consumers, resulting in a subsequent loss for the industry. One such organisation standing in strict opposition to the move is the Federation of Indian Animal Protection Organisation (FIAPO), backed by 200 supporting organisations, which has written to the FSSAI chief executive Arun Singhal seeking withdrawal of the draft notification. As per the letter “excluding the term milk from plant-based products does not serve any purpose”.

On the other extreme of the spectrum are the supporters of the move, who feel that the move may actually help in clearing the air on existing confusion on the word “milk” used for non-dairy products. “The move by the national food regulator is both consumer-friendly and farmer-friendly, and in line with international definitions of dairy-based products,” says the managing director of Amul, RS Sodhi.

Why Are These Non-Dairy Products Preferred Anyway?

When we speak of plant-based (non-dairy) substitutes, it doesn't necessarily include just liquids disguising as milk, rather cheese, chocolates, creams, butter and even yoghurt. In the past few years, markets have been flooded with these substitutes. Though these are the only alternatives for people with lactose intolerance and dairy-allergies, those turning vegan too have dropped off dairy products from their diets, and are shifting to these substitutes in large numbers. Those on a weight-loose spree are another entrant to the fandom. Being cholesterol and gluten-free and having a significantly lower amount of calories, makes non-dairy substitutes quite an attractive choice. These can be thought of as a cocktail of mono and polyunsaturated fats, with an uncanny resemblance with milk or its products. The easy-to-digest feature adds another feather in the fat.