Northwest Cherries from the U.S. Claim Space in Indian Market

Cherries from the Pacific Northwest U.S. are distinctively plumper and sweeter. 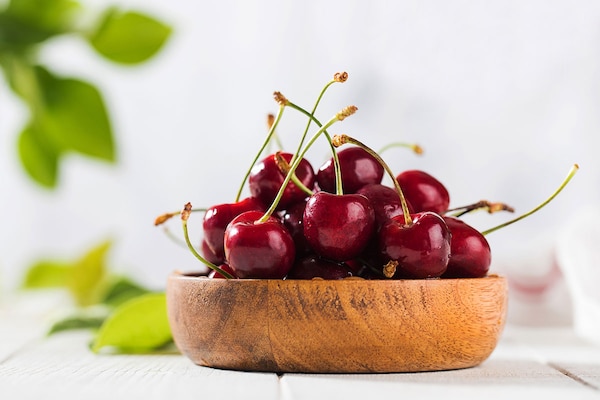 The Northwest Cherry Growers (NWCG), a trade association from the state of Washington in the U.S.A. has introduced the quintessential American cherries for the health-conscious Indian consumers who also happen to have a sweet-tooth.

Palpably plumper, juicer, and sweeter than most cherries sold by hawkers in metro cities, the cherries from the Northwest of the U.S.A. are believed to be one of the best in class the world over.

Currently available in tier-I cities such as Delhi, the Northwest cherries boast of a rich mahogany red and a distinctive delicious taste.

“The U.S. is one of world's largest producers and exporters of sweet cherries. These cherries from the U.S. Pacific Northwest are grown in the states of Washington, Oregon Idaho, Utah and Montana, and consumers worldwide relish their sweet flavor, bigger size and superior quality,” says Ron Verdonk, Minister-Counselor for Agricultural Affairs, Embassy of the United States of America.

Washington, where a significant quantity of these cherries is harvested, has an arid, desert climate that provides the optimal conditions to grow cherries of the right quality. On the other hand, the state also has glacial water for irrigation as well as rich volcanic soil that allows growing a high-quality piece of fruit that is not just impressive in taste and texture but also has a good shelf life.

A perfect complement to sweet and savoury dishes alike, the Northwest cherries can be used in various summer recipes of sundaes, salads, sauces, and more.

“These cherries are considered amongst the best in the world for their high quality, flavour, taste and also food safety. Cherries from the Pacific Northwest U.S.A. will be in the market in July and August, perfectly complementing the Indian cherry season,” says Sumit Saran, In-Country Marketing Representative of NWCG. “These cherries will be available both with retail fruit sellers and e-commerce platforms,” Saran adds.

A well chalked out logistics system

The cherry growers in the Northwest of the U.S.A. claim to deliver the coolest cherries, and rather quickly so, to the other side of the world. The cherries are picked, packed and delivered in mere 72 hours.

The Northwest cherries are handpicked and packed as per size and sweetness to make sure only standardised products hit the shelves. From the farms, the cherries go directly to the warehouses where they are hydro-cooled to get their temperature down to 40 degrees. This allows for longer shelf life.

During the packing, 64 pictures are taken of every single cherry so the growers can tell the colour, firmness, size as well as defects of each piece, and accordingly sort and pack the cherries for different markets.

The Northwest of the U.S.A. is home to more than 2,500 cherry growers, who are now planning to get into high-density production to meet the increasing demands.

India imported 360 tonnes of cherries during April-December of the 2020-21 fiscal year as against the total 271 tonnes of shipment the previous year, as per a media report.

Cherries also have a bunch of health-benefits. They can help fight inflammation, stress and even help improve sleep besides lending dietary benefits.