The Khyber-Pakhtunkhwa government has decided to allot funds for buying the ancestral houses of actors Dilip Kumar and Raj Kapoor. The Pakistan government has already declared the properties as national heritage, and plans to convert them into museums. 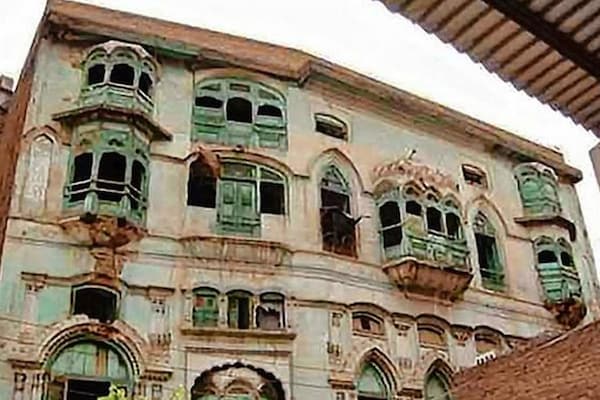 The provincial government of Khyber-Pakhtunkhwa has decided to buy the ancestral properties of legendary Bollywood actors Raj Kapoor and Dilip Kumar.

Since the last few years, the buildings were also facing threats of getting demolished. But back in 2018, Foreign Minister of Pakistan, Shah Mahmood Qureshi, had made it clear that the Pakistan government will conserve Kapoor Haveli by converting into a museum. Qureshi had responded to a request from Rishi Kapoor.

Finally, after two years, the provincial government has decided to allocate funds for buying these buildings. For buying the buildings, an official letter has also been sent to the Deputy Commissioner of Peshawar to assess the cost of these two historical buildings.

Dilip Kumar's 100-year-old ancestral house, which has already been declared a national heritage by the government of Pakistan, is located in Qissa Khawani Bazaar of Peshawar, Khyber-Pakhtunkhwa, Pakistan.

Raj Kapoor's ancestral house 'Kapoor Haveli' is also situated in the same locality. The Kapoor Haveli was built between 1918 to 1922 by Raj Kapoor's grandfather Dewan Basheshwarnath Kapoor. In 1924, Raj Kapoor was born in the same house, and later on his brothers, Shammi Kapoor and Shashi Kapoor were also born in this house.

Currently, the Kapoor Haveli is owned by Ali Qadar, and he has demanded Rs.200 crores from the Khyber-Pakhtunkhwa government for the Haveli. Ali Qadar also said that he never wanted to demolish the haveli and had also contacted the archaeology department for conserving the historical building. In 1990, Rishi Kapoor along with Randhir Kapoor visited the house where his grandfather Prithviraj Kapoor and father Raj Kapoor were born.

On the other hand, Dilip Kumar's house was falling apart for many years. Kumar last visited his Peshawar house in 1988 with his wife Saira Banu. Kumar wanted to visit the house again in 1997 when he was awarded Nishan-e-Imtiaz by the Pakistan government, but he could not do so because of uncontrollable crowds.

The houses of both the legendary actors are in dilapidated condition because of zero maintenance. Because of the, the houses have also faced demolition threats for years. To protect Kumar's house, the Pakistan government had declared his house as a protected monument under the Antiquity Act of 1997 in 2014, and now the Pakistani government buying the two properties brings in another ray of light.