Apple Pencil With Haptic Support Technology Gets Patented: Get Ready For An Elevated Multimedia User Experience

Apple is updating the Apple Pencil with haptic feedback support technology. The upgraded feature will facilitate an immersive multimedia user experience and could be particularly beneficial for graphic design artists. 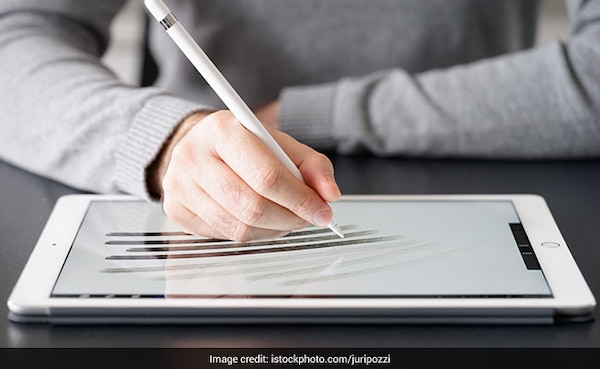 Apple recently got 55 patents granted to it, and of these, the one that has stirred the market is “Pencil Haptics”. This new technology stimulates a sense of touch for the iPad users, while holding the electronic stylus, through small movements or vibrations, facilitating an immersive multimedia user experience.

For the haptic feedback support, these styluses will be filled with piezo crystals, whose imbalance and subsequent rotation inside the pen will cause vibrations. This method has already been in use for vibrations and haptic touch features, for long now.

This haptic feedback support will help in stimulating the physical stimulation of moving a paintbrush across the canvas, moving the brush over a rough surface such as wood or the effect of a pencil rubbing against the edge of a piece of paper. The technology may even allow users to feel the difference between a ‘wet brush' and a ‘dry brush'. Adding to the experience, these styluses may even incorporate small speakers for sound effects.

This technology will be helpful, in particular, for graphic artists drawing with electronic styluses. The feedback will enhance the sensation of texture and resistance between the stylus and screen, enhancing the accuracy and representation of the graphics being drawn. Another set of professionals to benefit from the feature could be photo editors.

The earlier patented technology of picking up colours from real world objects, with the help of an Apple Pencil and using directly on an iPad or iPhone, when combined with this haptic feedback support, will further help professionals to let their creative juices flow.

A Few Drawbacks To Note

The users, however, won't be able to utilise the feature on existing hardware, since the haptic support will only work on new hardware with modified features. Though iPads might be the first one to incorporate this feature, Apple plans to design Apple Pencil with haptic feedback support for iPhone's as well in the future.

The technology also comes with its own fair share of challenges. First challenge is the small size of these thin pens. The integration of haptic feedback technology may conflict with other functions of the stylus.

Nevertheless, the new feature is sure to make the lives of its users easier.