PUBG Mobile India Series 2020 Announced: How to Register and All That You Need to Know

PUBG has come up with yet another good news and announced that the registrations for PUBG Mobile India Series 2020 have been opened. Here is all that you need to know about the registration procedure, date, fees and game rules. 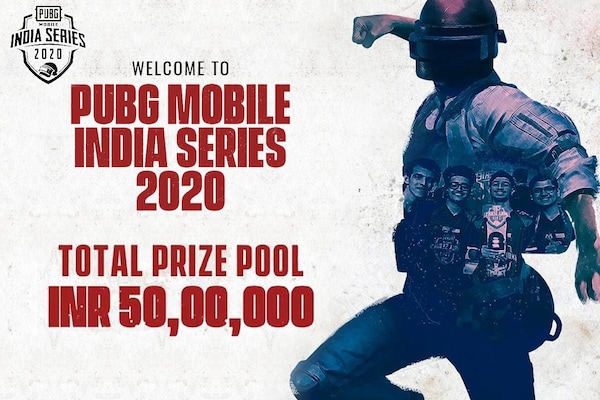 PlayerUnknown's Battlegrounds Game popularly known as PUBG has been a top fad among the youth for some time now. An online multiplayer game it has a huge fan following in India. Released in December 2017 the game got a great response from players across the world. The company then came up with its mobile version for Android and iOS in the year 2018.

The games latest update PUBG Mobile 0.18.0 is now available on Google Playstore. The new version brings along some cool updates.

All That is New in PUBG

Players will now have an updated Miramar 2.0 map, Win94 with 2.7x scope, Jungle Adventure in Sanhok, P90 in Arena Mode, Points Protection Against Cheater Kills and some other interesting additions. For Android devices, the size of the PUBG Mobile 0.18.0 update is around 1.97GB, while the size of the game is 3GB for new players.

What is PUBG Mobile India Series?

For those who do not have much information about PUBG Mobile India Series (PMIS), it should be interesting to learn that it happens to be one of the biggest eSports tournament in India. The game is known to have huge entertainment value. It also offers a huge amount of prize money to the winners of the tournament. The first edition of the PMIS was out in the year 2019 and this year too Tencent Games have announced that the registrations for PMIS 2020 have been opened.

If you are a PUBG fan and wish to get your squad registered for the PMIS 2020 then mark these dates. The PMIS 2020 registrations have been opened since May 6, 2020, and all those interested can register till May 17, 2020.

In order to register your squad for the PMIS 2020 you need to follow the steps below:

Step 3. Fill in your Team Details and then put a checkmark on the rules and regulation agreement

Step 4. Next, you need to fill in the Captains and Team Members Details

Step 5. Now you are all set to get your squad registered for PMIS 2020.

The latest update of the game will make it more interesting for the players to play the PMIS. Here is a video by our team on how to master the game.